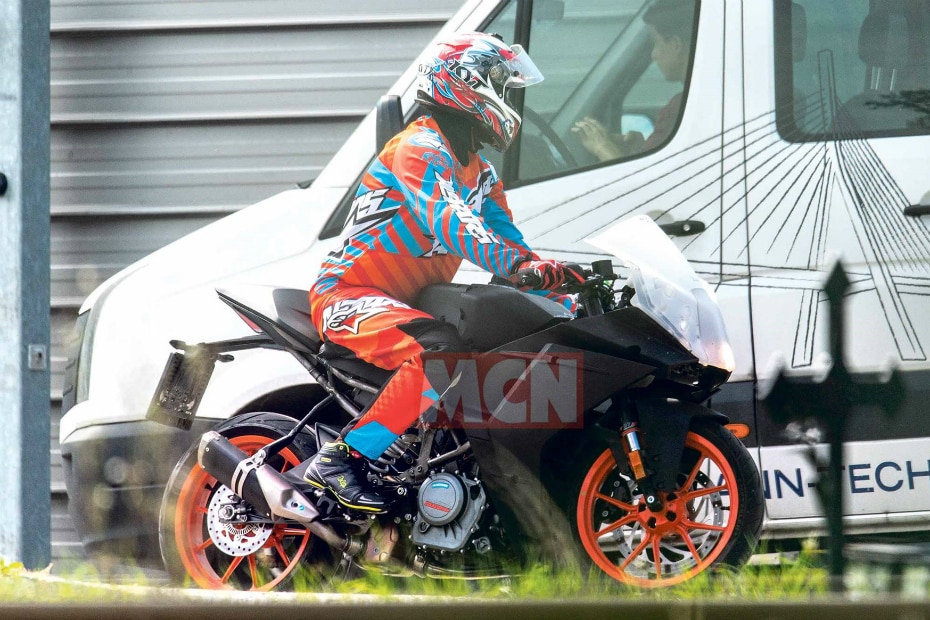 A new KTM RC 390 has been spotted testing overseas and the spy images indicate that the bike will feature an all-new look for the year 2020. Changes include an all-new design, new headlights and a tall, single-piece windscreen. Though the RC 390 was updated last year with ride-by-wire, a side mounted Euro 4-compliant exhaust and a larger front disc, it felt a bit lacking compared to the updated 2017 390 Duke, which received an all-new design and a host of new features. Not surprising then that the Austrian manufacturer has something big planned for the fully-faired variant.

In terms of the instrumentation, we expect the new model to borrow the full-colour TFT instrument console from its naked sibling. Aside from this, the RC 390’s bodywork has been given a complete overhaul, with a larger fairing, what looks like a bigger fuel-tank and single-piece clear windscreen which covers the entire front fascia of the bike. Also, since KTM has been opting for LED lights on most of its premium products, we could expect the new RC 390 to adorn the same feature. That said, unlike the current iteration, the headlight on the new bike sits hidden behind the front windscreen. 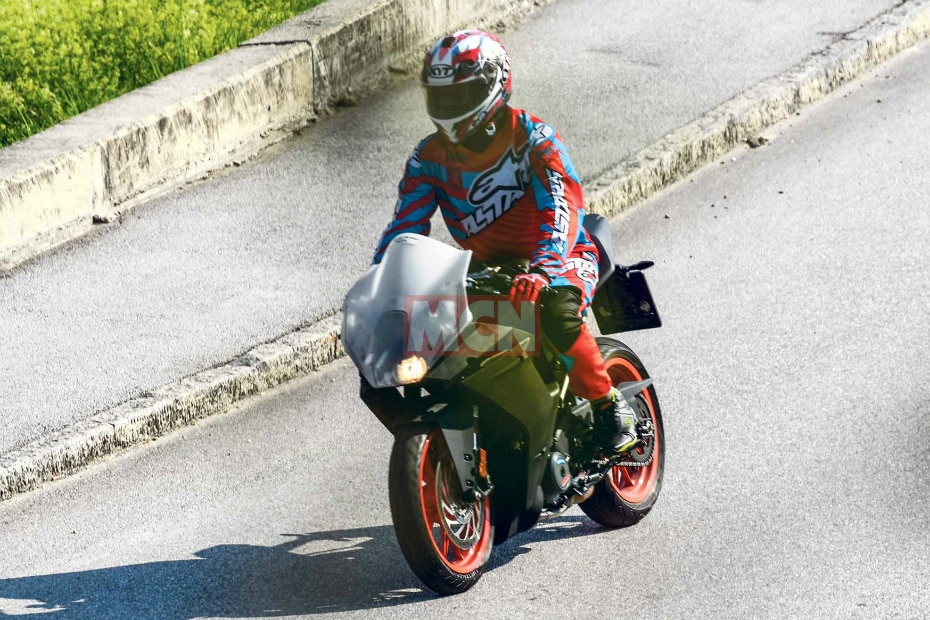 The taller front windscreen resembles the one found on the KTM 1190 RC8 R to some extent. It should provide better wind deflection than the unit on the current bike. Also, the larger fairing should help direct air around the rider for better aerodynamics while the slightly revised fuel tank design could make more room for taller riders in an otherwise compact design. The crude welds on the subframe of the trellis suggest that the chassis has been fiddled with, which could make the bike all the more agile. However, this could easily be just a rough version of this early prototype.

Though the engine looks similar to the current-gen RC 390, we could expect to see a slightly more powerful motor on the new version, paired with updated WP suspension and better brakes for improved riding dynamics. The slick gearbox from the current 390 Duke will most likely be carried over to the revised RC. 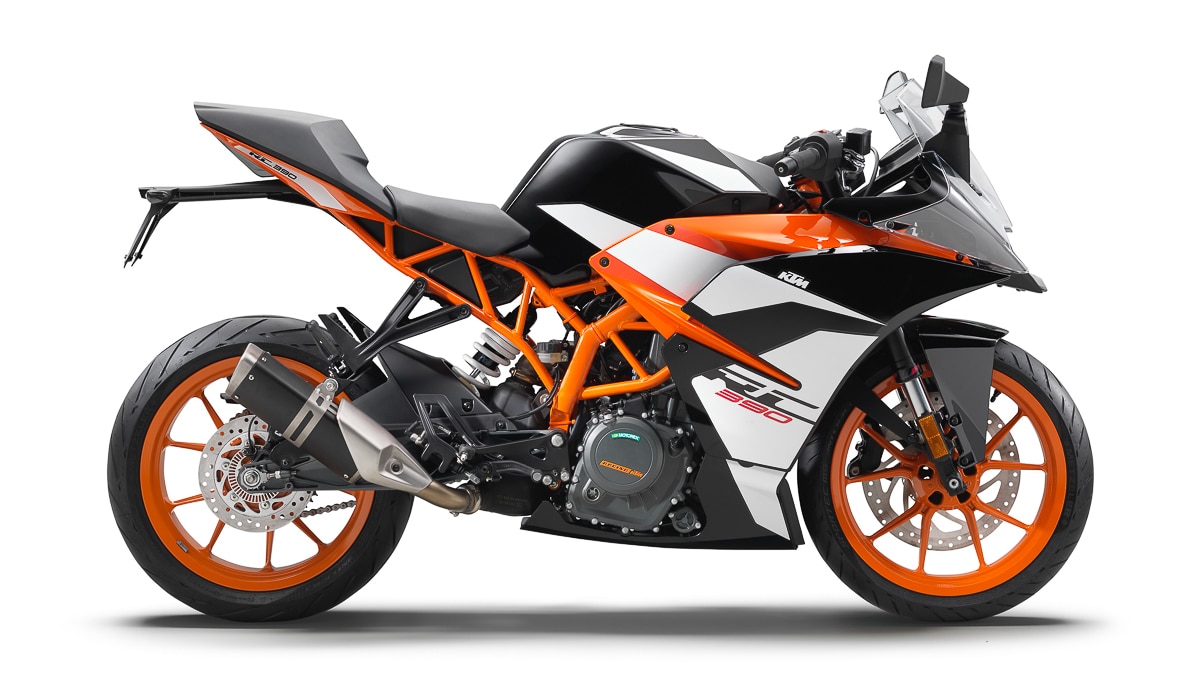 Although the bike is some time away from hitting the production line, the updated KTM RC 390 will surely ruffle a few feathers in the sub-500cc segment. Currently, the KTM RC 390 competes with the Kawasaki Ninja 400, the 2019 Yamaha YZF-R3 (with new looks and KYB suspension) and the TVS Apache RR 310.

This Story has not been edited by ABP News. It has been published through bikedekho.com feed directly.