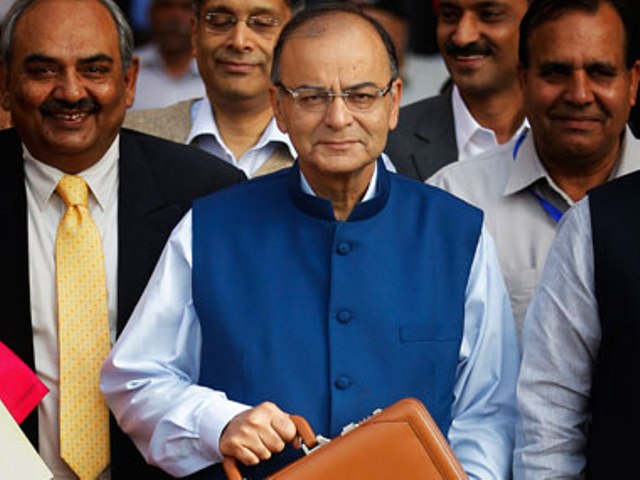 The first set of Budget proposals after the world’s biggest demonetisation drive are also the best tabled by Finance Minister Arun Jaitley so far. They are far-sighted, bold, and impressive.

This Budget also represents several firsts. It is the first that does not distinguish between plan and non-plan expenditure. It has merged the Railway Budget with itself and come to table on the first day of February instead of the last.

It has outlined proposals for a total spend of Rs 21.47 trillion. Capital expenditure is up 25.4%.

This even as the Government holds $361 billion in foreign exchange reserves, representing 12 months in imports.

The tightness of the fiscal discipline in this exercise should go down very well with the prospective foreign investor.

This particularly since other parameters such as inflation, the wholesale and consumer price indices, and the current account deficit are also well in check.

The GDP, though slightly impacted, is expected to go well above 7% in 2017-18, taking India to the fastest growing major economy in the world spot by at least one percentage point.

These parameters should lead, along with all the money currently in the banks, to further interest rate cuts and a boom in both the equity and debt markets.

That is, if global issues, such as looming protectionism in the US, do not prove too onerous.

NK Singh, who headed a committee on suggestions regarding fiscal policy, broadly agrees, and expects a “more accommodative monetary policy”.

That in turn should stimulate domestic consumption, business, and industry.

Even as it stands, this Budget has expanded its allocations in a number of key old and new sectors.

There is primary emphasis on women, children, the poor and underprivileged, skilling, disease eradication,  sanitation, alleviation of conditions for scheduled castes and tribes ( up 35% at Rs 52,393 crore).

This Government has made the highest ever allocation for MNREGA at Rs 48,000 crore, enhanced agricultural credit (Rs 10 lakh crore) and crop insurance (coverage extended to 40% by value).

There are bigger allocations for a plethora of headings under farming and the rural sector,including rural roads.

The objective of 100% rural electrification is on track for 2018. There is to be solar power enhancement by another 20,000 MW.

A new composite poverty index will be developed.

Another set of strategic oil reservoirs will be built in Odisha and Rajasthan. Two new AIIMS facilities will come up in Jharkhand and Gujarat.

With the banks flush with the proceeds from demonetised cash and large tax accruals expected (already up 35% for individuals and 17% overall), the Government proposes to only recapitalise banks to the modest sum of Rs. 10,000 crore.

There are multiple provisions on digitisation including a major one lakh villages ‘digi-gaon’ push, now that there is ample spectrum issued.

Cash transactions in excess of Rs 3 lakh, as suggested by the NK Singh Committee, are henceforth banned.

The Government is clearly determined to keep the money forced into the banking system after November 8, 2016 by simultaneously offering a range of convenient digital transaction apps and incentives.

These include the BHIM App, already in use by 1.25 crore people, and an even more widespread AADHAR PAY coming up. Some 20 lakh AADHAR based swipe machines will be introduced by 2020.

This Budget also notably breaks new ground by encapsulating policy on putting a virtual stop to cash in political funding and charitable institutional donations, often referred to as the mother lode of black money.

The Government formally incorporated the Election Commission’s suggestion of not allowing any cash donation from a single source of more than Rs 2,000, down from Rs 20,000. It also intends to introduce Political Funding Bonds for those who want to make their donations anonymously rather than by cheques and online transfers.

And the tax exemption that registered political parties enjoy will henceforth depend on conformity to these new norms and the fine print such as one single recognised party account that regulates them.

Continuing with the Government’s commitment to improve the ease of doing business, the Foreign Investment Promotion Board (FIPB) has been scrapped.

There was a windfall gift for both the depressed real estate sector and the world of equity.

For real estate – the eligibility for long term capital gains on property sale has been reduced from three years since purchase to two.

A slew of financial instruments that will be free of capital gains tax altogether will also be introduced.

For equity and real estate alike the base year for indexing has been changed from 1.4.1981 to 1.4.2001. This will effectively lead to a much lower incidence of capital gains tax for both.

The bulk of the junior salaried class that has taxable income of between Rs 2.5 lakh and Rs 5 lakh after factoring in the standard deduction will be taxed at a mere 5% going forward.

A gentle surcharge of 10% was added on taxable incomes of between Rs 50 lakh and Rs 1 crore, which attract 30% tax plus cesses anyway, for the first time. And a similar surcharge on incomes above Rs 1 crore was retained from the last fiscal.

But, alongside, there was relief provided to numerically 96% of Indian corporate entities, all with a turnover of under Rs 50 crore, with their taxation reduced by 5%, to 25%.

The Finance Minister also left the stock market alone. He imposed no fresh taxes on capital gains on listed and unlisted stocks, the securities transaction tax, or on foreign institutional investment.

The Sensex ran up by over 300 points in appreciation. Not something that generally happens after a Budget presentation.