Centre myopic on threat from left wing extremism in MP 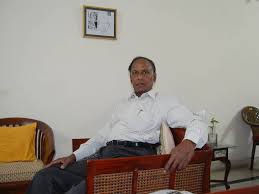 The Narendra Modi government seems content to pursue its predecessor’s policy in dealing with the Maoists. Two steps forward and one backward was the UPA policy to deal with the Left Wing Extremists (LEW) for years now. While it prepares to launch a concerted offensive it is leaving enough loopholes for them to escape. One sample is how it has dealt with them by cutting funds provided to Madhya Pradesh to fight the Maoist menace.

Madhya Pradesh Chief Minister Shivraj Singh Chouhan has been demanding inclusion of at least five more districts in its list of Maoist-affected region while the Centre wants to delist even Balaghat, the only district it recognises as Maoist-affected after Chhattisgarh was carved out of the State 15 years ago. The decision obviously flows from the perception that no active violence has been seen in Balaghat district over the past few years. 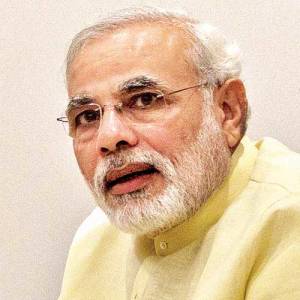 Most of the Naxal-hit districts now gone to Chhattigarh and have frequently witnessed blood-bath.Of the 59 years since formation Madhya Pradesh has spent 49 tackling the Maoist menace. For want of political will, the state hasn’t even been able to decide whether Maoist violence should be treated as an ideological issue or routine crime.

The state government’s failure to check other crime has led to the belief that it wants to stay aboard the anti-Naxal gravy train. Interestingly the state was offered all help during the UPA regime. Now with a “friendly dispensation” at the Centre, Madhya Pradesh has not been invited to the meetings of Maoist-affected state.

Balaghat is listed among dormant regions in the files of LWE division of Union ministry of home affairs which monitors security related expenditure (SRE) for the affected areas. Balaghat has all that is needed to encourage Maoists activities - difficult terrain, dense forests, vulnerable population and a porous border into Chhattisgarh and Maharashtra. The region is also rich in manganese, bauxite, copper, marble, dolomite, limestone and clay.

Districts included among LWE-hit receive special Central funds for infrastructure and security- related expenses under the Security Related Expenditure scheme. The Central Reserve Police Force is also deployed in the affected districts. Balaghat is likely to miss out if the Centre goes ahead with delisting.

The Chhattisgarh rebels have also remained active in the conflict areas killing civilians and security personnel, laying IEDs and preventing development activities by destroying plant equipment and vehicles of contractors. With the tug of war continuing between the Centre and the State, the Maoists can even shift some of their arms, rockets and IEDs manufacturing units to safer areas like Balaghat.

The arrest of top rung Maoist commander Dilip Guha from Balaghat in May had reinforced the claims of Madhya Pradesh government. The big catch rattled the states affected by Maoist violence. The Centre refused to take the cue and take Balaghat seriously.

Intelligence agencies had suggested that Guha and his associate Vijay Chandra Jadav were assigned to spread their activities in West Bengal. Jadav, against whom a cumulative award of Rs 1.2 crore has been declared by three states is said to be stationed in West Bengal.

The Guha-Jadav duo was seen as one of the deadliest combinations in the Maoist rank and file. Guha has been active in Chhattisgarh, Maharashtra and Madhya Pradesh for nearly two decades and named in more than 200 cases, including 19 murders and 29 attempted murders. Guha has been interrogated by police from different states and intelligence agencies. He is said to be in know of conspiracy behind the 2013 Bastar bloodbath that wiped out entire frontline Congress leadership of Chhattisgarh.

As recently as in August a court in Balaghat sentenced three Maoists to life in prison in connection with murder former transport minister, Likhiram Kawre. Kawre was murdered by banned People's War Group in his native village Sonepuri, 40 km from Balaghat in December 1999 as a retaliatory action. Though the PWG activists were arrested in Karnataka and subsequently killed in an encounter, Kawre was targeted for reason that remained unknown.

At a time when the Union Home Minister Rajnath Singh has been suggesting stepping up anti- Maoist operation the Madhya Pradesh government has been kept in the lurch. National Security Adviser (NSA) Ajit Doval’s aerial tour of Naxal-hotbed Sukma district in Chhattisgarh in August raised hopes more action on this front. If the Centre continues to cut corners it might end up undoing part of its good effort.