Destruction of nation-states behind unceasing growth of IS 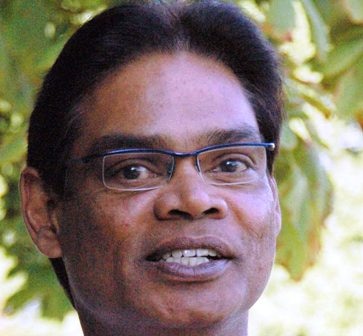 Superimposing the colours of the French flag on Facebook profile pictures to protest against the Paris attacks is cathartic. It feels good. But in conceptual terms, focusing on this most visible symbol of a nation-state is to miss the wood for the trees: this global war is being waged beyond the framework of the nation-state – on its ruins, in fact.

As in Bali and in Mumbai, the attacks in Paris targeted a lifestyle, an economic dispensation, and the global order based on Westphalian nation-states. Tragically, a major reason why that liberal lifestyle and economic order is spiraling towards destruction is that the responses of security and geopolitical policymakers are unable to transcend the framework of nation-states any more than Facebook’s.

Islamic State (IS) controls people, territory, an economy and an army. Yet, it is not a sovereign territorial state – as France is, quintessentially. IS sees its constituency, recruits, ideology as well as its enemies in global terms. When its adherents talk of ‘the West’, the ‘Judeo-Christian axis’ or ‘the enemies of Islam’, they do not refer to a set of nation-state armies ranged on a battlefield.

Essentially, such terms construct an enemy. More than a people or a territorial entity, that enemy is a liberal lifestyle, which is rhetorically denounced as morally offensive. (Only a psychologist could say whether, subliminally, some of them actually detest it for being beyond reach.)

They do not see themselves as aggressors, but as victims resisting an evil system of global exploitation. It is now widely agreed that their new ideologies have grown since their own nation-states were destroyed – particularly Iraq since its Kuwait invasion, the subsequent ‘sanctions’, economic embargos, ‘no-fly zones’ and the 2003 invasion.

Iraq is no more. Libya is a wasteland. Syria has been mauled. Barack Obama’s open use of ‘Afpak’ for Afghanistan and Pakistan added to the conceptual erosion of sovereignty. In the minds of many from those ex-countries, the nation-state has been replaced by the global ideologies of such groups as Al Qaeda and Islamic State.

Yet, the responses of the very ‘policy’ makers and ‘analysts’ who conjured that devastation are stuck in the nation-state paradigm. They are blind for instance, to how counterproductive it is to bomb Raqqa as the `capital’ of Islamic State – especially at this point. As the redoubtable Robert Fisk pertinently fulminated in The Independent on 17 November: “…if this was a serious military assault to liquidate the ISIS machine in Syria, why didn’t the French do it two weeks ago? Or two months ago?”

Just as the Taliban and Al Qaeda assassinated Ahmad Shah Masood on the eve of 9/11, IS’s key leaders would surely have protected themselves before green-lighting the Paris attacks. They and their assets would be far from Raqqa. Indeed, they would have been most disappointed if there had been no retaliatory attacks. For, just as with the US’s response to 9/11, this retributive attack will only bring the attackers great waves of support.

The fact that the French state bombed Raqqa far more quickly than the US bombed Afghanistan after the 9/11 attacks highlights how resistant policymakers are to the lessons of contemporary history. The sad fact is that the French state was far more measured just a few years ago. (Remember the angry US right-wingers who avenged themselves by renaming potato crisps ‘freedom fries’ after France resisted invading countries in response to 9/11?)

In fact, one reason why France is a prime target of such groups is that it is the essential Westphalian state. Its 1789 Revolution only replaced a unifying religion with a unifying culture – one that resolutely refuses to accommodate the hijab. Since the Algerian war and the large migrations from Algeria, France’s cultural homogeneity has been under huge stress – more so over the past decade. French journalist and former IS hostage Nicolas Henin wrote in The Guardian of 16 November: ‘I think they identified my country as a weak link in Europe – as a place where divisions could be sown easily.’

The erosion of the nation-state has combined explosively with the pressures of a straining global economy, so that Frenchmen (and women) who are not seen as migrants have joined the ranks of the disaffected who flock to the banner of IS. Friday’s attacks demonstrated this. The trend holds true for several other supposedly ‘affluent’ countries; the bombing of Raqqa will bring IS more recruits within Europe.

At one level, Islam has been turned into a banner of resistance, its tenets a way to express resentment and rejection of the existing order. This has evolved in tandem with the undermining of the once-sacred concept of sovereignty. The arms bazaar, economic inequities, ideological constructs, ideas of belonging, and the communication media that carry all these ideas – are now well beyond the ambit of sovereign states.

Even before Iraq was targeted, the Afghan ‘jihad’ and the collapse of the Soviet Union severely undermined sovereignty. Putin’s Russia will not reverse it by wading into what remains of Syria. Since the sanctity of sovereignty has been rudely demolished, the new pan-national zeal that has occupied the vacuum has great momentum.

(The writer, a senior journalist authored ‘In Search of a Future, the Story of Kashmir'. Email: daviddevadas7@gmail.com)