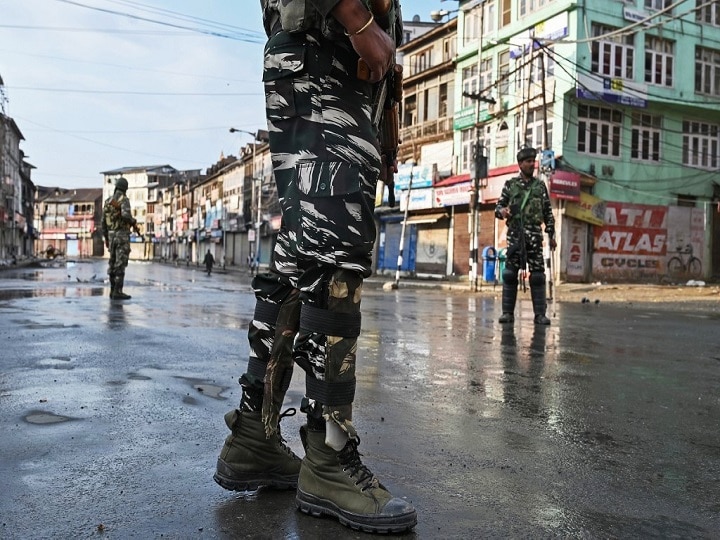 Indian security personnel stand guard on a street during a curfew in Srinagar. PIC/AFP.

“History, in one stroke,” declared the Indian Express on August 6th in a large headline extending across the width of the newspaper.  That, we may say, was an objective rendering of the decision taken by the BJP-led Government of India to remove the “special” status occupied by Jammu & Kashmir over the last seven decades and, in its own estimation, truly “integrate” it into the Union of India.  Though the word “historic” has been utterly trivialized in contemporary political discourse, who can doubt, whatever the shade of one’s political views, that August 5th marks a “historic” or red-letter day in the history of the Republic?  But, on a less objective note, the lines from Hamlet may resonate strongly for some:  “Foul deeds will rise, / Though all the earth o’erwhelm them, to men’s eyes” (I.ii.256).

A deed most foul has been done.  A veil has come down upon Kashmir, but it shall surely lift—even if there will be no suhaagraat, no night of consummation.  The country has been overwhelmed and, for the present, few understand, and even fewer are willing to accept, that a constitutional coup d’état has taken place in India.  The very idea of a constitutional coup will be foreign to those who are accustomed to thinking of a coup as the overthrow of a democratically elected government and the imposition of a dictatorship or military rule.  Coups bring to mind tanks on streets, subterfuge, massive misinformation, and fallen heads—a nasty affair.  It has already been argued that everything that was done by the Centre was within the parameters of the law and that Parliament has exercised its sovereignty.  A bill was introduced to bifurcate the State of Jammu & Kashmir into two Union Territories, one with a Legislative Assembly and one without, and the bill was passed by the required majority both in the Rajya Sabha and Lok Sabha.  On this view, the BJP has, if anything, done everything within its power to affirm and even embellish the sovereignty of Parliament, and all talk of a “constitutional coup” should be construed as nonsense.

Let us, however, first consider only the circumstances—and not the legal conundrums—under which Kashmir was blanketed into such darkness that overnight a State of the Union was wiped out and ceased to exist as such.  Misinformation would be a mild word to describe how the Centre prepared for the coup by describing, in vaguely worded statements, some “terrorist” threats of which it had received information that compelled it to cancel, for the first time in living memory, the Amarnath Yatra, order tourists to leave the Valley, and move in more troops into what is already the most heavily fortified piece of territory in the world.  The word “terrorist” has, of course, become a license for the most egregious offenses—more often than not, by the state, and not merely in India.  The state has only to shout the word “terrorist” and everyone is expected to become compliant, submissive, and patriotic.