Indian economy at inflexion point, can only get better 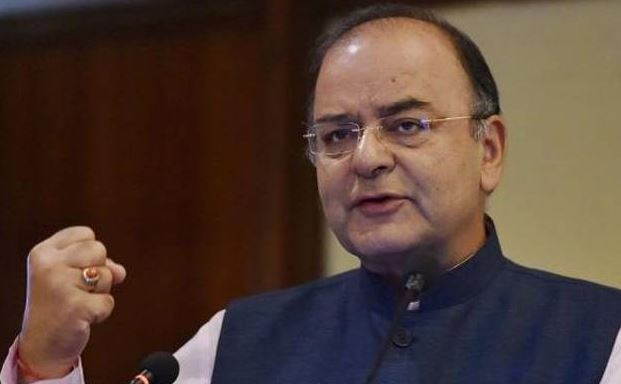 The Central Statistics Office (CSO) data stating that the first quarter of calendar 2017 delivered a reduced GDP growth of 6.1% has reignited the debate on demonetisation. This even though the whole year, fiscal 2016, delivered 7.1%. This kept India just a whisker ahead of China at 6.9%, to retain its “fastest growing major economy in the world tag.”

That the data was released on the same day as major international rating agency Moody put out a forecast for fiscal 2017 at 7.5% growth, and 2018 at 7.7%, indicated that the demonetisation was likely to have had only a passing effect on India’s growth trajectory.

Countering criticism by the Opposition that even these figures were less than the 8% delivered for full year 2015, Finance Minister Arun Jaitley called 7 to 8% GDP growth the “new normal” for India, and spectacular by international standards. This more so, with Moody downgrading China’s sovereign rating for the first time in 30 years, and forecasting just 6.5% GDP growth for it in 2017.

Despite the massive criticism of demonetisation raging afresh, by May 2017 it had become clear that the move has added a crore of new taxpayers, if the application for new permanent account (PAN) numbers is a reliable guide. And then there are the thousands of Income Tax investigations arising out of demonetisation, and the large cash deposits it occasioned. This scrutiny is also being extended beyond, in terms of the revamped Benami law, now with teeth, and showing results already.

This projected economic performance for 2017, and beyond, is despite the Union Budget of February 1, 2017 which practically let off 96% of existing tax payers, with taxable incomes of Rs. 5 lakhs or less, from paying any at all. This, by lowering their tax rate to just 5% . Corporations with under Rs 50 crores in turnover, the vast majority, also had their tax rate lowered to 25%.

India is indeed looking good. This despite a worrisome non-performing assets (NPA) problem in most banks, involving up to 20% of their loan books. Then, there is the low job creation at the completion of 36 months of this administration, weak private sector investment, and a real estate sector in the doldrums since 2012.

However, agriculture has done well enough, supported by consecutive good monsoons. The Government, on its part, has mounted an unprecedented attack on the NPA mountain of Rs. 10 lakh crores, by setting about auctioning assets, engineering bank mergers and asset reconstruction, other punitive measures, all under the auspices of the Reserve Bank of India (RBI).

However, it is the foreign brokerages and investors who tend to see the good in the economy. Ridham Desai of Morgan Stanley has pointed out, we have to count "fiscal prudence, greater transparency, more stability in the tax structure, turnaround in projects, good monetary policy..."Desai goes on to praise this government's "increased investment spending", meaning the considerable emphasis on infrastructure development including roads and highways, ports, airports, bullet trains, modernisation of the Indian Railways, city metro mass transit/transportation initiatives and so on.

Through all this, and increases in salary and pensions for government personnel and those in the armed forces, the fiscal deficit is contained within the target of 3.2%. Inflation is not expected to exceed 5% according to Moody, inclusive of any effect from the implementation of the "one country, one tax" regime of  General Sales Tax (GST), that some observers expect will add 2% to GDP. This will, if it happens, explode the new normal to double digits a couple of years down the line.

That securing its passage was the most heroic action of this Government in the legislatures, is going to go down in the history books. Other analysts expect 4% or even 3% inflation, with petroleum prices staying subdued, after an abortive bid to rally. RBI itself has made bold to point towards 2% inflation, but is prudently not cutting interest rates further as yet.

The strengthening Indian rupee is expected to be at Rs 62 to the US dollar by year-end, a strong factor in seeing the enhanced foreign institutional investor (FII) flows into the stock market, despite relatively high valuations. India is turning out to be the best performing emerging market (EM) and this sets up a virtuous cycle of even more investment coming in later.

International brokerages that pour in billions of dollars, are projecting Sensex at 31,000 by December, even though it looks like it may reach there very much sooner. Similarly, the Nifty is expected to climb to around 10,650, a thousand points above its present point too.

The "broader market", meaning the midcap and smallcap space that has already been outperforming the largecaps by a long chalk over the last two years, is still climbing. The answer to this may be in the mouth-watering returns they offer, compared to the largecaps, if only on a more selective basis going forward.

Will this exuberance in the stock market spill over into a more widespread boom in the "real" economy? Traditionally, it always has, giving a helping hand to the real estate sector for a start. However, this time, the international investing community may be in the act of rerating India, with greater political stability as the kicker.

The likelihood of the Modi administration securing a second term for itself is very high. Its approval ratings for the policies it is following including its attack on corruption and sectarian vote-bank politics is solid. India is determined to upgrade its military apparatus and showing firmness in the face of security challenges. Its vulnerability vis a vis both Pakistan and China is therefore being discounted.

India's success in foreign policy with diverse parts of the immediate neighbourhood and also broader Asia, Africa, Europe, America, Japan, Australia, Russia, Iran, West Asia, Central Asia, and even the smaller countries of the world, is unprecedented. The efforts to set up a defence manufacturing complex are starting to produce results.

Two joint ventures, one with the South Koreans and another with the Americans involving leaders of the private sector such as L&T and Reliance, for howitzers, have been operationalised. This is on top of the very successful missile developmentnt and manufacturing programmes ongoing.

These together will account for a massive $150 billion per annum in foreign investment in this sector alone. Without all this too, the country has witnessed the largest foreign direct investment (FDI) inflows ever since this Government took over, with current year figures surpassing those of the earlier two.

The hump therefore, that the economy seems to have surmounted, is not just of demonetisation, of just a few months ago, but the economic nose dive this Government inherited in May 2014.