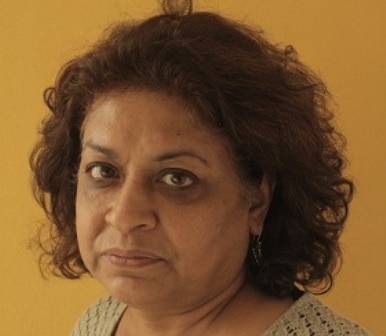 Most gynaecology wards in hospitals have a signboard saying: ‘Sex determination (boy or girl) is not done here. It is an offence.’ Similar signs are also displayed in most ultrasound clinics. In this way, the message has become loud and clear to society at large.

In India, as in the rest of Asia, the pressure to produce a boy usually comes from the family, not the pregnant woman as her own independent choice. Only those families desperate to have a boy – either because of traditional bias or because they already have a girl – would ask the doctor or technician the gender of the foetus, which becomes visible at 18-22 weeks.

Yet Maneka Gandhi said the exact opposite in Jaipur on Monday (February 1), proclaiming: “If a person goes to an ultrasound owner and asks the gender of his (unborn) kid, who will dare say no.” This defies logic. It hardly requires much daring, in a culture where all kinds of laws are bent all the time due to exchange of money, for a family to offer a bribe and for a radiologist to accept it.

The law in question is the Pre-Conception and Pre-Natal Diagnostic Techniques (PCPNDT) Act, 2003. As Women and Child Development (WCD) Minister, she has proposed to the Ministry of Health that determining the gender of the child be made compulsory, recorded in a register and the woman tracked. That way, any foeticide would be detected.

It sounds a little bit like she wants to take the pressure off radiologists – an issue that can be considered separately, as they are not the ones who conduct foeticide. In fact, they would gain financially if every couple had to compulsorily undergo a test, in a country where in remote villages and innumerable small towns, a pregnant woman never approaches any doctor or hospital, unless there are complications.

The Minister also quotes a technological advance that may reduce the importance of the ultrasound clinics  – a blood test has been innovated that can determine gender of the foetus. The test, that can be conducted as early as seven weeks, not only identifies the gender but any inherited disorders.

It is done by analysing fragments of foetal DNA (cell free DNA), that seep into the mother's bloodstream through the placental wall. It is freely used in France, Spain, and the Netherlands, where there is no prejudice against girls.

Any attempts by the government to tackle female foeticide, still a serious problem in the country, are welcome. Unicef says foetal sex determination and sex selective abortion has grown into a Rs 1,000 crore industry. The sex ratio nationwide in 2011 was 108.9 males to 100 females. But new measures have to be effective, and not reverse all the efforts made in the past to discourage sex selection.

Critics are already saying that making sex determination compulsory, whether by ultrasound or blood tests, turns the whole policy on its head. In a country where tracking patients has never been done, despite Aadhar and unique hospital ID numbers, how will a clinic keep track of the expectant mother? If it is to be done by the police, the consequences will be dreadful.

It is also important to see how many people have actually been convicted under PCPNDT, 12 years after it was enacted. National-level statistics are hard to find but in Maharashtra, 32 doctors were convicted until 2012, losing their licence to practice for five years. That too after a sting operation exposed them.

If the Minister’s proposal is accepted, files will be maintained in clinics to which access can be easily obtained. Whereas offending families will vanish without a trace. It just won’t work.

Instead of punitive measures that never seem to have a deterrent effect, changing mindsets is usually advocated as the way forward. Maneka Gandhi’s proposal is impractical and unlikely to have any positive outcome.

(The writer is an Independent Journalist. Email: manjula.lal@gmail.com)