No wake up call for the BCCI 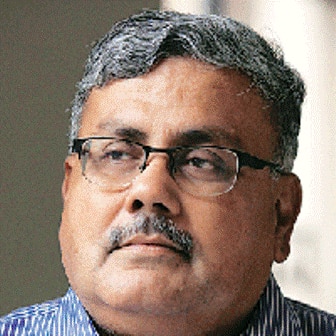 The world’s richest cricket board has maintained a stoic silence on a highly incriminating sting, implicating the Indian ODI and T20 skipper, MS Dhoni.

The allegations came from Sunil Dev, long considered a top cricket official in Delhi. He was the team manager of the national selection which played England the fourth of the five test series in Manchester in 2014, his remarks - surely - cannot be considered casual.

But India, one of the top cricket playing nations, has not reacted. The social media, which normally buzzes on all kinds of allegations of corruption, has also preferred to play the Let’s-Watch-The-Game. As a result, the allegations have died an untimely death.

The charges are explosive. Dev says he wrote a detailed report on the incident and submitted it to the then BCCI president, N Srinivasan. The Chennai cement baron, who once thought he was almost invincible, did not react to the report.

The conversations between Dev and the reporter were lengthy, the former even explaining how he was accosted by former England skipper and retired commentator, Geoffrey Boycott, who called him names and asked him how could the Indian skipper chose to bat on a wicket that was a sure shot success for pacers, thanks to the overnight rain.

Boycott, considered a cut throat in the cricketing world, even tweeted how could Dhoni go for batting

in absolute bowling-friendly conditions, that too when there was some talk in the dressing room that if India would win the toss, the team would bowl first. But Dhoni, claimed Dev, did the opposite. India lost the Manchester Test by an innings and 54 runs and Dhoni was the top scorer from the Indian side, scoring 71 and 27 runs in the first and second innings respectively.

No reactions have come from Dhoni, who retired from Test cricket in December 2014 after India drew the third Test of the tour Down Under against Australia in Melbourne. Virat Kohli took over Test captaincy and Dhoni has continued to lead the side in limited overs cricket.

But it would foolish to ignore Dev’s warnings.

What was also important in the revelations was Dev’s comments that he did not go public right after he submitted the report because he feared for his life. Worse, no one in India would have believed him. Dev has a point here. In his book , Bookie, Gamble, Fixer, Spy, seasoned sports writer Ed Hawkins has already documented how fixing is only possible with the involvement of one or two top players. And how, reporters on the tails of bookies have - at some stage or the other - slowed down their search, ostensibly because of the fear of the gun.

But if corruption is not weeded out, the chances are high that it will erupt again. The Supreme Court, which is on a huge spring cleaning of the Board of Control for Cricket in India, has had diverse reactions on its efforts, including claims from top BCCI officials that it is not mandatory to follow the recommendations.

Not just the BCCI, even the ICC - often blamed for slowly reacting to potentially explosive evidence of involvement of cricketers in fixing - has not reacted. If it had, things would have been different. In 2011, a top sports magazine offered transcripts of taped conversations of bookies owing proximity to players but the BCCI and ICC refused to take note. Worse, both claimed that the tapes were “mysteriously” lost from their possession. All went under the carpet until, one day, some of the bookies featuring in the tapes, and a handful of cricketers, were arrested by cops in Mumbai during the 2013 edition of IPL.

Interpol, which was successful in cleaning out a significant portion of dirt in world soccer, was keen for a similar clean up in cricket but their moves were checkmated by the Dubai-based ICC, then headed by Indian strongman Sharad Pawar. This allegation, the chances are high, would also die a sudden death unless the BCCI steps in to verify the veracity of the claims.

For the records, Dev has already said he never made any statement, his denial sounding like the apocryphal tale of a young poet cutting the branch of the tree on which he was sitting.