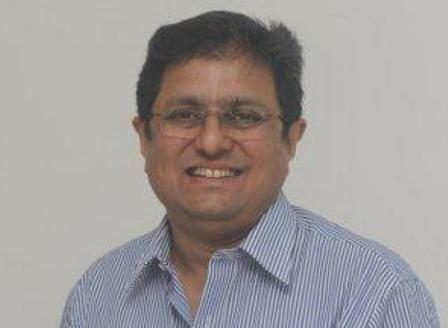 Visiting any of Kolkata’s many social clubs or eavesdropping on one of its ubiquitous ‘addas’, one is unlikely to hear much about the recent communal flare-up in Basirhat, a tiny town close to the Bangladesh borer less than 100 km from the city.

Listening to Bengali TV channels or skimming through local newspapers one would not have got the sense of there being a serious law and order crisis in the State as was being debated in the studios of English language TV channels till the Amarnath Yatra attack took over the prime time slots.

Curiously, it was people living outside West Bengal (mostly ‘non-Bengalis’) who dominated the social media chatter on this issue.

In contrast, there is far more concern among Bengali bhadraloks about the developments in Darjeeling. Cutting across social circles they are all lamenting how their very own Queen of Hill Stations is being ruined.

The older gentry wistfully recalls the vacations spent there. The momos and the Mall. Breakfast at Glenary’s and tea at Keventer's. They lapse into nostalgia about the drive up to Tiger Hill in menacing Jonga Jeeps to watch the sunrise over Mount Everest.

Some also recount their experiences at boarding schools. Then the conversation may slowly drift to Satyajit Ray’s lesser known and somewhat under-rated film Kanchenjunga that was shot in Darjeeling.

Again it was left to some academics and a few real journalists who still believe in research to bring out the origins of the Gorkhaland movement. But not too many people seem interested in the boring details.

The grudge, if one may call it so, will almost certainly be directed at the hill politicians. They see them as unfairly (even ungratefully) demanding partition of the State. Some amount of blame may also be deflected at the BJP for opportunistically allying with the GJM and, hence, being unable to take a strong stand on the matter. But sitting in the plains very few would fault the State Government for its handling of the crisis.

This is a sad but true reflection of the effete Bengali elite to whom much of today’s ills of Bengal can be attributed. Bengalis have been reduced to living in the past, trying to insulate them from the present, even by being a trifle selfish.

Decades of economic deprivation have seen large chunks of the younger generation moving out of the State either for education or jobs. The ageing elders who are left behind find it prudent to adopt a path of least resistance, counting their days as it were.

Those who have stayed behind, be it for the lack of opportunity or family constraints, have little option but to compromise with the system. The power of conviction has been purged from their DNA. Circumstances have made them so supine that they are now psychologically incapacitated to take any principled stand, let alone usher in a revolution.

If that is the picture of the current urban middleclass, the situation in the smaller towns and villages is not qualitatively much different. With the absence of industries and falling agricultural income from fragmented land holdings, mass migration from the rural belts to economically prosperous States has been happening for quite sometime. The balance of power in the hinterland of Kolkata, therefore, has shifted to the ‘rurban’ neo-rich who thrive on political patronage.

Business was never a forte of the bhadralok Bengali babus. Therefore, it is no surprise that the control of trade and industry rests squarely in the hands of naturalised Bengalis who originally came from other parts of the country, primarily Rajasthan. However, among Bengali Muslims too the locus of power has moved elsewhere

Lazy analysts tend to paint all Bengali Muslims with the same brush but at best two colours: the original Bengali Muslims and illegal immigrants from across the border post the creation of Bangladesh.

But, contrary to popular imagination, the former were not a homogenous lot socially or economically. They could be classified into several sections.

There was an elite Bengali Muslim community post-partition who were both highly educated and well to do. They were academics, lawyers, litterateurs; but their tribe has rapidly vanished. Lower down the economic strata were the daily wage earners, masons, factory workers, peasants and the small farmer. A very small number among them were “Kattars” (bigots or fundamentalists).

Bengali Muslim women were perfectly at ease in the saree. The burkha, though not an exception, was not a rule either. But, one characteristic that cut across the broad cross sections was they were a largely peace loving lot barring a smaller denomination generally referred to as the 'Bihari Muslims'.

Much maligned as they may be, the immigrants can also be broadly divided into two categories. First are those who are driven across the border by sheer poverty and come looking for jobs. Over the years their network has spread across India. So, they do not remain restricted to Bengal but disperse to the more economically developed parts of the country.

However, there is a second group which has shifted base from the other side of the border for what can be called in euphemistic terms as collateral consideration. It is they who are ruling the roost today – especially in the border districts.

It does not take a lot of imagination to guess what this nouveau aristocracy thrives on. One can take a pick from a wide menu ranging from cattle, contraband and currency smuggling to terror funding. The glittering branded jewellery stores in the once mofussil hub of Barasat (close to Basirhat) is testimony to the new found affluence.

It is conceivable that fringe elements of the original Muslim community have aligned with the immigrant dons for furthering their own commercial interests. The ordinary Muslims still strive to earn an honest living and many of them are also moving out of West Bengal in search of greener pastures (therefore, it is not unusual to find a mason from Murshidabad in Ernakulum).

Among those remaining some fall prey to lure of easy money, but that is not very different to what is happening to their Hindu brethren. Thus, in essence, the traditional 'sons of the soil' irrespective of community are getting either squeezed out or marginalised.

This is a point that people who are waging a “Save Bengal” March from Delhi’s Rajghat are, perhaps, missing. The liberati who are shedding tears about the destruction of the secular fabric of West Bengal also do not realise the problem here is more to do with economics and national security than religion. Unlike in the Hindi heartland there is no majority Hindu population waiting to revolt or construct a Kali temple.

So polarisation cannot be the answer in West Bengal. Just as the Revolution is history, the prospects of a Hindu backlash or uprising are at best a pipe dream.

The real issue is jobs, poverty and governance. Bengalis rejected the Left for Trinamool not for ideology but for the promise of “Poriborton”. The votes will shift again only when Prime Minister Narendra Modi and his BJP are able to inspire the confidence that they are in a better position to deliver the economic revival of Bengal. Till ten the masses will be firmly with Chief Minister Mamata Banerjee – despite the sporadic blips of Baduria, Basirhat, Birbhum or Dhulagarh.