When earthquakes becomes a metaphor of deep anxiety 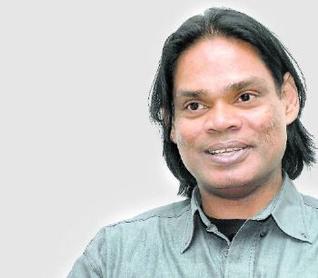 Two persons died owing to Monday’s earthquake in Kashmir. That mortality figure revealed more about levels of trauma in the place than about the instability of the Himalayas’ tectonic plates. Both the deceased women died of heart failure, one in south Kashmir, the other in the north. Two army men were injured when their bunker collapsed in Sopore. Some complained of wall cracks in their homes or offices but, overall, damage was minimal.

The only one in the state who was reported to have been directly killed by the earthquake was a 16-year old crushed by a dislodged stone – in remote Reasi, more than halfway to Jammu from the Kashmir Valley. Although the quake measured very high on the Richter scale (7.5, though some rated it higher), it was apparently so deep underground that it caused less damage than it might.

The two women who suffered fatal heart attacks were only the tip of a volcano of unease which swelled across the Valley after the one-minute earthquake. People scampered out of houses, shops and offices and stood discussing the crisis in taut, distressed circles. Shopkeepers in Downtown showed wares that had fallen off shelves, and a young interviewee asked for five minutes to run in and check on his mother – who is a heart patient and complained of palpitations immediately after the earthquake.

These are indications of a general societal unease that ought to be taken seriously. Distress operates at various levels. One, there have been several indicators this year that the trauma of last year’s floodshas not healed.Filthy, muddy water had rapidly risen up to eight metres inside some houses.Even during hot summer days this year, rain caused fear more than relief.

At a deeper level, it is essential to understand how traumatized Kashmiri society is after more than a quarter-century of violence and instability. More than half the population was born during this period. They know little of a tension-free, non-militarized, multi-cultural society. Resentments over the violence and repressionthey have witnessed, and the narratives they have heard, have generated a deep crater of simmering,unstable lava. So trauma surfaces easily, as the earthquake showed.

Illnesses, particularly related to depression, have increased manifold. So has the incidence of neurological and other diseases, includinghigh blood pressure. Some of these could be partially psychosomatic.

At an even deeper level, skittishness can be attributed to a highly emotional cultural norm. There is a longstanding tendency to argue volubly and get easily excited about issues that might not cause so much distress elsewhere. There is a chicken-and-egg relationship between this cultural pattern and the sense of victimhood that has been enunciated in Kashmir for centuries.

In such circumstances an earthquake could register subconsciously as a metaphor for deeply felt – and feared – instability. If one were to take that metaphor farther, one could say that some of the current social traumas emanate from a clash of the tectonic plates on which Kashmiri society has been based. On the one hand, different templates of religiosity have been pushing strongly into minds and hearts; Salafi inflexibility contests traditional syncretism for youth mind-space.

On the other hand, alternative templates of what constitutes a good life have been strongly in play. Puritanical orthodoxy is one form of modernism, the latest hairstyles and jeans, jackets, and shoes fashions another.And the most up-to-date communication gadgetry, updated with the latest, highly-rated Hollywood releases, is yet another.

Asked about theseapparently contrarian pulls of the modern world on contemporary youthduring an interview just half-an-hour after Monday’s earthquake, a 27-year old school teacher who doubles as a religious instructor at a darasgahin the heart of Downtown Srinagar pointed out with a grin that he was wearing tight jeans. Was his class co-educational? Yes, he responded in a tone that suggested that that was irrelevant.

Some of those who have closely known youth who throw stones or are involved in the new militancy talk of several simultaneous trends among them: excellence in studies, radical religious influence, but often also (at least before they take to the gun) a fast life of motorcycles, girlfriends, films and fashion. It is a complex generation, born in violence, shaped by global war, bombarded with religion-based discourse, media-focused, tech-savvy,and often from first-generation unitary families.

One thing that most of those who know them well report is a far greater readiness to die than there was among Kashmiri militants of the 1990s.

In such trying circumstances, one must be sensitive to the boiling traumas and the clashing cultural-tectonic plates which cause upheavals in minds and hearts, and contribute to destructive trends.