Yuvraj breaks Sachin's record, gets to his highest score 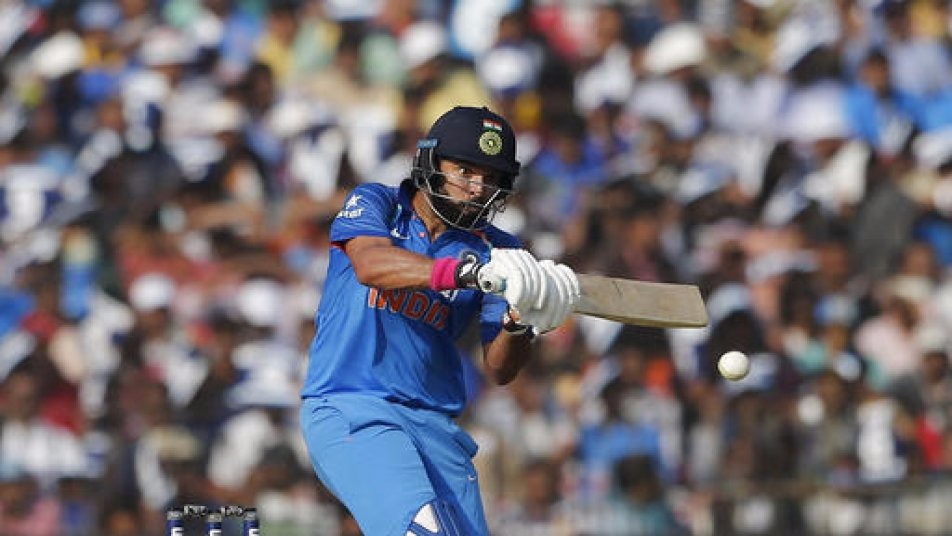 Yuvraj started off slowly but gradually he started to find the middle of his bat. (Photo: AP) India were off to a horrible start in the 2nd ODI in Cuttack. Kl Rahul, Virat Kohli and Shikhar Dhawan were back to the pavilion with only 25 on board. (Photo: AP) Yurvaj Singh got together with former captain Dhoni to rebuild the Indian innings. (Photo: AP) Yuvraj slammed his 14th ODI hundred with the help of 3 sixes and 21 boundaries. This was his first hundred after the 2011 World Cup. (Photo: AP) Yuvraj also went to score his highest ever ODI score, bettering his 139 against Australia in 2004. He was finally out for 150. (Photo: AP) Dhoni and Yuvraj stitched together a 256-run partnership, the second highest 4th wicket stand ever, only behind Azharuddin and Ajay Jadeja’s 275-run partnership against Zimbabwe. (Photo: AP) Yuvraj also went to become the highest scorer for India against England in one day cricket. Sachin Tendulkar had notched up 1455 runs in his 37 matches against England. Yuvraj went passed Sachin’s tally in 36 matches, his total stood at 1478 after his 150-run innings. (Photo: AP)