The tablet comes with 8MP primary camera with auto focus

By: Kirti Joshi
Updated: 19 Jan 2018 10:29 PM
NEW DELHI: The Samsung tablet launched in 2017 is a tablet that does the job of two devices in one. The dimesnson of Samsung's tablet are 212.1mm x 124.1mm x 8.9mm and this makes pretty perfect for carrying it on the go. It can even fit it in your handbag and will not be very heavy on the shoulder. 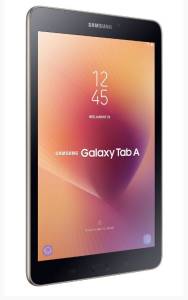 If you love reading books then you are going to love this tablet as it fits in the hand really well and isn’t very slippery.

The basic look the tablet includes a power and volume rocker button on the right edge and on the left edge is the microSD card slot. The top part of the tablet included the 3.5mm jack and the micro USB port. The speaker is at the bottom of the speaker. The resolution of the Tablet is 800x1280 pixels. 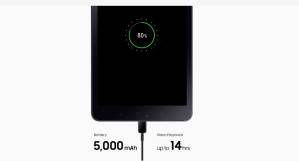 The tablet comes with USB Type-C charger. This newport technology is said to be faster, more efficient. So the best part is that whenever you want to charge this Tablet it will never have the wrong side.

The tab is powered by a 1.4GHz quad-core processor and the phone has a single-SIM functionality.

For storage, the device offers 2GB RAM and 16GB ROM and the users are given the option install microSD cards of up to 256GB. The tablet comes with a 5000mAh battery and it is not removable.

Once you open the Tablet, it comes with few apps from Samsung. The user also gets Microsoft apps such as Excel, PowerPoint, Word, Skype, OneNote and OneDrive pre-installed, and you can’t uninstall them. Google apps such as Photos, Chrome, Maps, Drive, Duo, YouTube and Gmail are also a part of the package, and there is no option to uninstall them either. The tablet also comes with a feature called Secure Folder which keeps your personal files, photos and apps hidden in an encrypted folder.

The tablet also comes with a Samsung has also added a Kids Mode. The user experience is very smooth and no lag was faced while multitasking. The only problem faced was that it does not have back-lit keys. 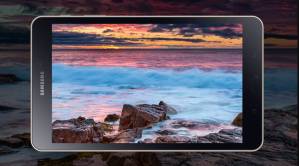 The camera on the table is okay. The photos are not going to look like that of taken from DSLR but they do the job of a 5 and 8-megapixel camera. The 8-megapixel camera also includes a LED flash sitting in the top half of the camera. 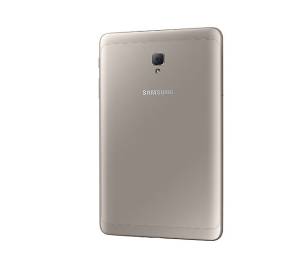 The battery of the tablet lasts for over a day or two with heavy usage which involves navigation, watching YouTube videos, browsing site. The is for gamers, e-book lovers and for those who want an extra addition of security.