French Prime Minister Edouard Phillippe told the media that "there was a hostage situation in the town of Trebes".

By: IANS
Updated: 23 Mar 2018 06:55 PM
Paris: One person was killed and some others were taken hostage by an armed gunman at a supermarket in a southern French town on Friday.

French Prime Minister Edouard Phillippe told the media that "there was a hostage situation in the town of Trebes".

CNN affiliate BFM TV said a man had opened fire and that the incident was unfolding at a Super U supermarket. BFM reported that the attack appeared to be "ISIS-inspired", citing a local prosecutor.

An investigation was launched into murder, attempted murder and kidnapping with terrorist intent, said officials.

Earlier, a policeman was shot while jogging with colleagues in Carcassonne town, but was not critically injured. It was unclear if the incidents were connected, the BBC reported.

Hundreds of police officers were deployed to the area and the vicinity was cordoned off. 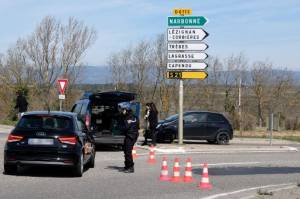