One of the persons, Umar, around 35 years old, reportedly died in the firing while the other sustained bullet injuries.

By: ABP News Bureau
Updated: 13 Nov 2017 01:25 PM
Jaipur (Rajasthan): Conflicting reports emerged on Monday morning of a Muslim man being shot dead allegedly by cow vigilantes in Govindgarh in Alwar district in Rajasthan on the suspicion of cow smuggling. Another person was injured in the incident.

The incident took place in Fahari village near Govindh Gadh in Alwar district of Rajasthan on November 10. 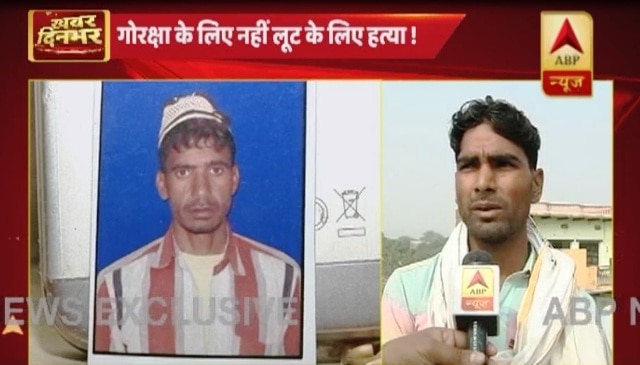 Umar and Javed in the picture.

Speaking to Javed and Tahir, who travelled along with the deceased Umar (35), the duo said the case was not about gau raksha but of looting.

Narrating the incident, Javed who was the driver said, a group of 7-8 people waylaid their vehicle and shot at them. “We were on our way from Jaipur to Alwar when the attack took place. Their motive was to loot the cows which we had bought from Jaipur.

One being asked why they didn’t approach the police first, Javed said, “we were afraid that the police could have filed a wrong case against us.” 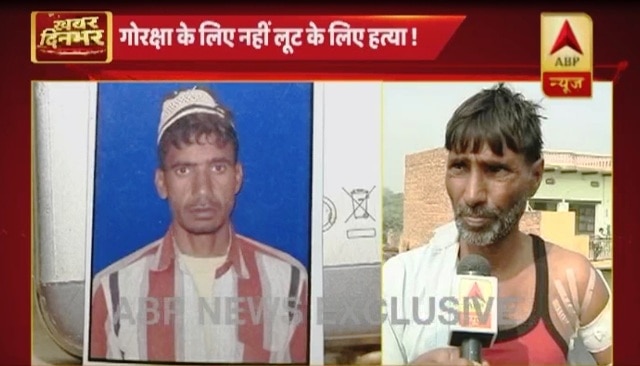 Umar and Tahir in the picture.

Tahir was sitting in the middle suffered bullet injuries on his arm while Umar was at the window seat.

Describing the incident, Tahir said they do not believe the attackers were cow vigilantes. The attackers’ sole intention was to loot the cattle. “The name ‘Rakesh’ was taken couple of times by the attackers during the loot.”

Javed and Tahir also denied they had enemies and called ‘Umar’ was a soft man who never had an acrimonious past.

Police has so far remained tight-lipped about the incident.

"The body has been referred to a hospital in Jaipur for post-mortem examination. Only after that we will be able to know the real cause of death. We have filed an FIR against unidentified persons for murder," Anil Beniwal, Circle Office, Alwar told news agency IANS.

He said the body of the deceased was found near a railway track on Friday morning, and as it was not identified, it was kept in an Alwar hospital mortuary. The body was identified by the relatives on Sunday morning.

Alwar Superintendent of Police Rahul Prakash said a case of cow smuggling had also been filed.

"We have also detained one person on charges of murder. Investigations are going on," he added.

Earlier in April, Pehlu Khan was allegedly beaten to death on suspicion of cow smuggling by cow vigilantes in Alwar district.