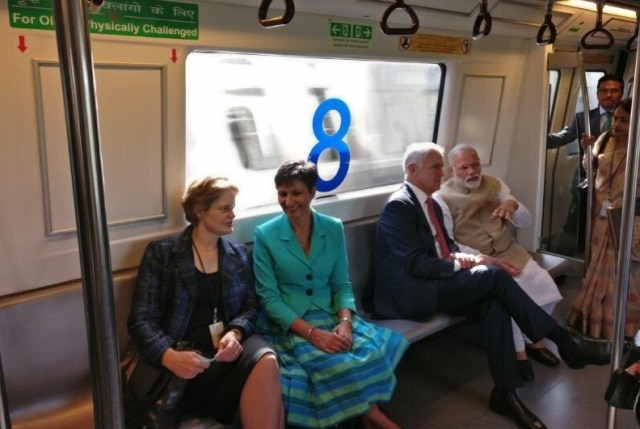 Modi and Turnbull travelled by the Metro Rail to get a feel of the rapid transport system of Delhi. The two leaders travelled from Mandi House to Akshardham station, a distance of about 6.7 kms which takes around 15 minutes. At times standing, and at times sitting, the two leaders clicked selfies during the journey. 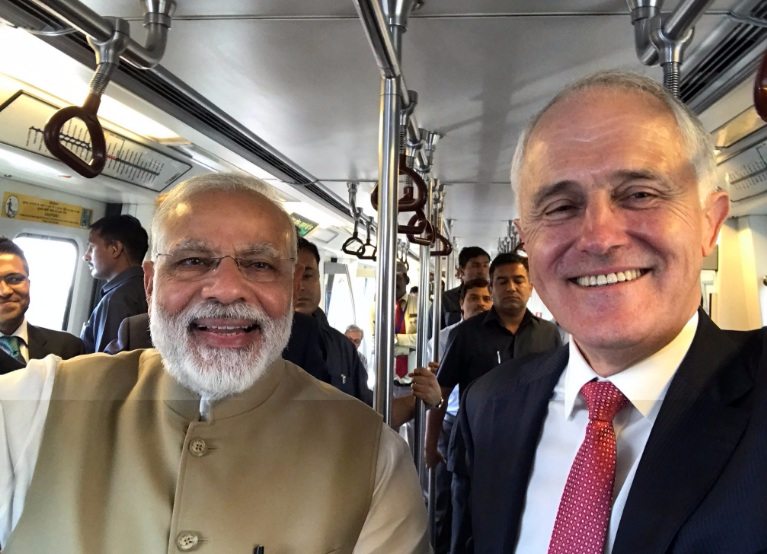 The two leaders were welcomed by priests with garlands upon their arrival at the temple. A priest also tied sacred thread to their wrists as Modi explained its significance to Turnbull.

Before stepping into the temple, the two leaders obliged photographers too. 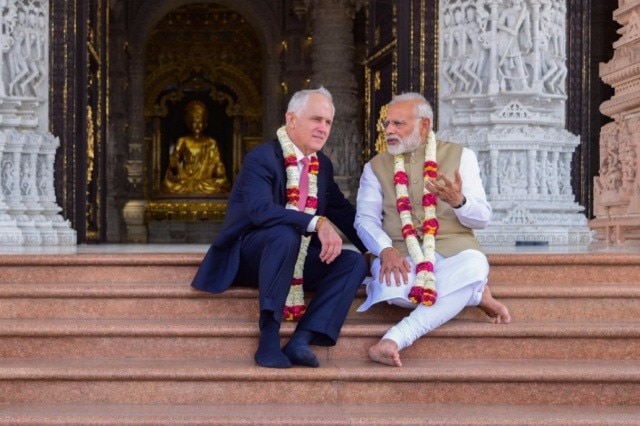 "Visited the magnificent Akshardham Temple with PM @TurnbullMalcolm," Modi tweeted along with a set of photographs.

They shared a Metro ride from Mandi House to Akshardham station. They also took a tour on a golf cart to see other attractions within the temple complex. 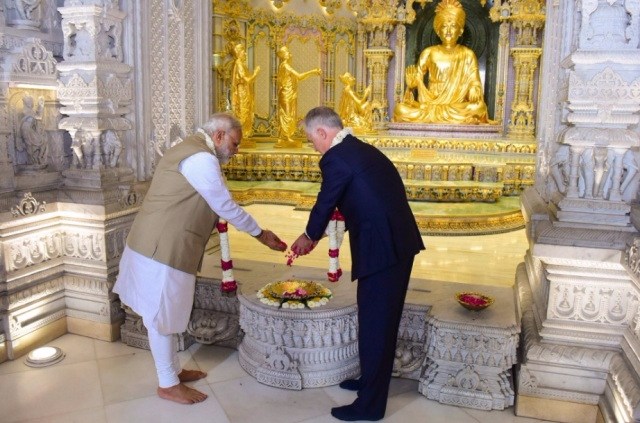 As they walked on the temple steps, a priest, who they flanked, acquainted them with its architecture.

Turnbull was seen admiring the temple structure, endowed with architectural grandeur. The temple is run by priests from the Swaminarayan sect and was opened to the public in 2005. Both leaders also sat on the steps of the temple and were seen chatting. 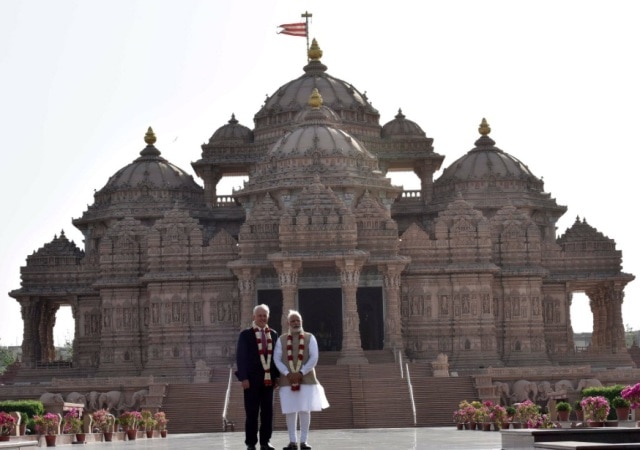 Swaminarayan sect is a modern spiritual tradition. A sub-sect of Vaishnava Hinduism, it originated in Gujarat. Its followers offer devotion to and worship Swaminarayan as a form of Parabrahma.

The sect has temples in various parts of the world, including in the US and countries of Europe. Australia's Sydney, Melbourne and Perth are among other cities which have Swaminarayan temples.

The Australian Prime Minister arrived New Delhi on Sunday on a four-day visit.

This is Turnbull's first bilateral visit to India since he assumed office in September 2015.

His predecessor Tony Abbott had visited India in September 2014 and this was followed by Prime Minister Modi's visit to Australia in November that year.