By: ABP News Bureau
Updated: 10 Jul 2017 03:06 PM
New Delhi: Delhi BJP spokesperson Nupur Sharma was criticized heavily onTwitter but remained defiant about passing off a picture of the 2002 Gujarat riots as that of the recent violence in West Bengal's Basirhat.

"Since trolls spent a sleepless night covering-up Basirhat violence, sharing media pics of the riots. Hope they report this to @WBPolice too," Sharma posted on the micro- blogging site and attached an image of charred vehicles along with it.

Speak-up because it is already too late! Join in at 5 PM today at Jantar Mantar #SaveBengal #SaveHindus pic.twitter.com/QU5ZT1HkUt

Twitteratis highlighted her that the image was from 2002 and accused her of stoking communal tension. Many of them tweeted it to various Police accounts demanding her arrest.

Now I must file a case in IT act against @NupurSharmaBJP

But why By fake pictures, just to get political power on the mountain of dead bodies of innocent peoples, please take care of humanity too.

Continuing to stand by her campaign of ‘Saving Hindus’, she tweeted, “Since trolls spent a sleepless night covering-up Basirhat violence, sharing media pics of the riots. Hope they report this to @WBPolice too.”

Since trolls spent a sleepless night covering-up Basirhat violence, sharing media pics of the riots. Hope they report this to @WBPolice too pic.twitter.com/CFW5P4xqB4

Last week a person was arrested by the Kolkata Police for sharing an image from a Bhojpuri film and presenting it as one from the recent violence in West Bengal's 24 Parganas.

The picture of a woman being stripped by a group of men has been widely shared though  several social media accounts and has gone viral ever since the communal clashes broke out in the state.

The image actually is from a Bhojpuri movie called "Aurat Khilona Nahi" released in 2014.

It was also uploaded by Vijeta Malik, a BJP Haryana State Executive member on Facebook which she later deleted. 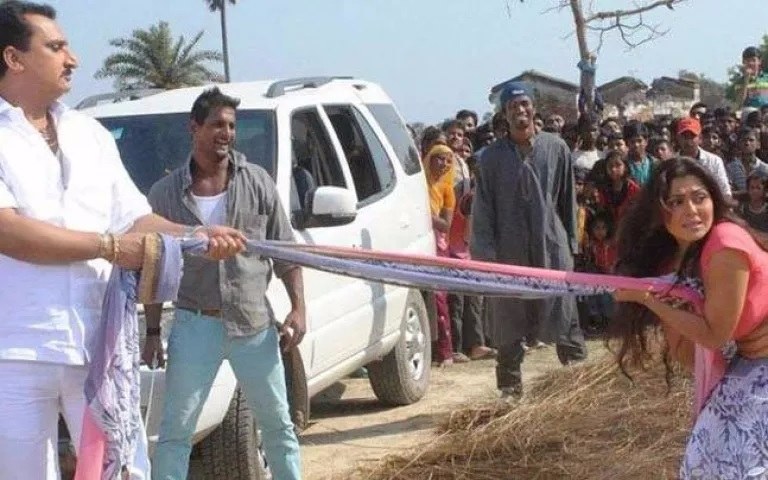 West Bengal Police also in  a series of tweets appealed to all "to not to pay heed to these malicious videos aimed at creating mistrust among communities." 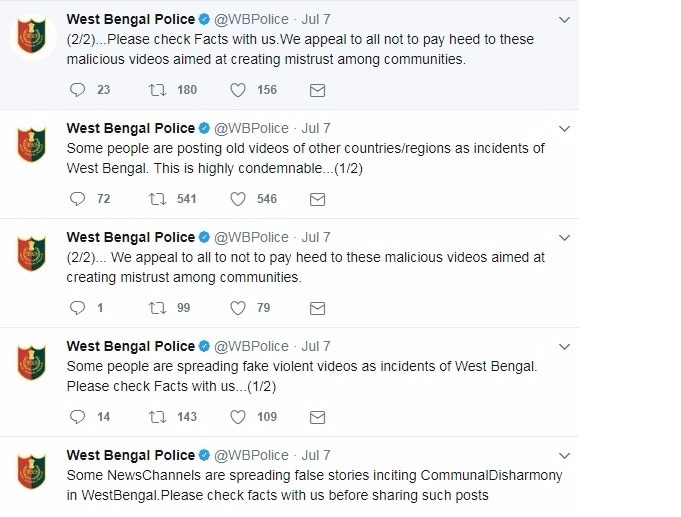 BJP MLA H Raja Singh also waded in controversy by appealing to the Hindu community in the state to respond the way Hindus in Gujarat reacted in 2002.

"Today, Hindus are not safe in the West Bengal state. Hindus in Bengal should respond to people involved in communal violence as Hindus in Gujarat did. Otherwise, soon Bengal will turn into Bangladesh." Singh said.

Mamata Banerjee on Saturday set up a judicial commission to probe clashes in Basirhat and Baduria that were triggered by a Facebook post and then escalated.