Congress Wonders Why Shinzo Abe Being Hosted In Gujarat & Not Delhi! 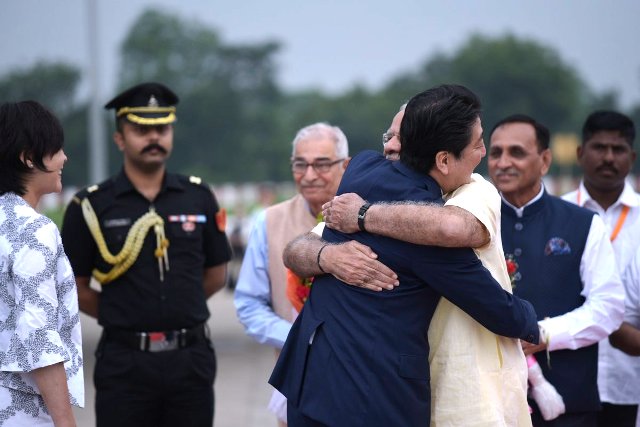 New Delhi: The Congress raised questions over Japanese Prime Minister Shinzo Abe's statevisit to Ahmedabad and not the country's national capital andhoped it would not be used for political purposes in view ofthe forthcoming Gujarat assembly elections. (Photo: Twitter) 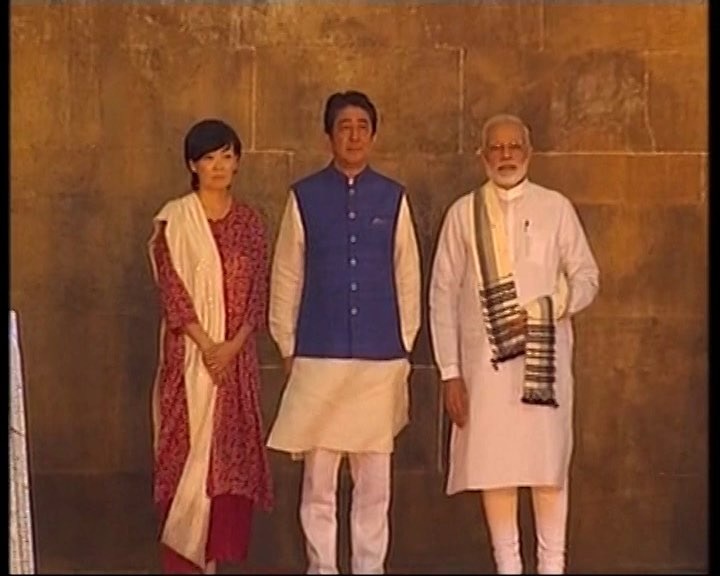 Congress spokesperson Manish Tewari on Wednesday said it was"quixotic" that Abe was not being hosted in Delhi. "We do not want to transgress propriety by commenting ona state visit but it is rather quixotic that the PrimeMinister of a country as important as Japan, who is almostIndia is strategic partner in many respects, is strangely noteven being hosted in Delhi," he said. He hoped a state visit was not being used for "politicalpurposes" in view of the elections in Gujarat, slated to beheld later this year.(Photo: File) 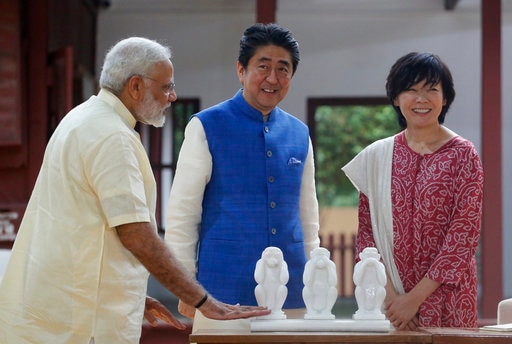 With an election in Gujarat around the corner, it does raise a question -- and I hope this is not the case -- that a state visit is actually being used for political purposes because the manner in which it is structured is rather awkward," he told reporters here. Tewari said India had a great relationship with Japan and that relationship, its foundations and consolidation had been laid during the UPA regime. (Photo: AP) 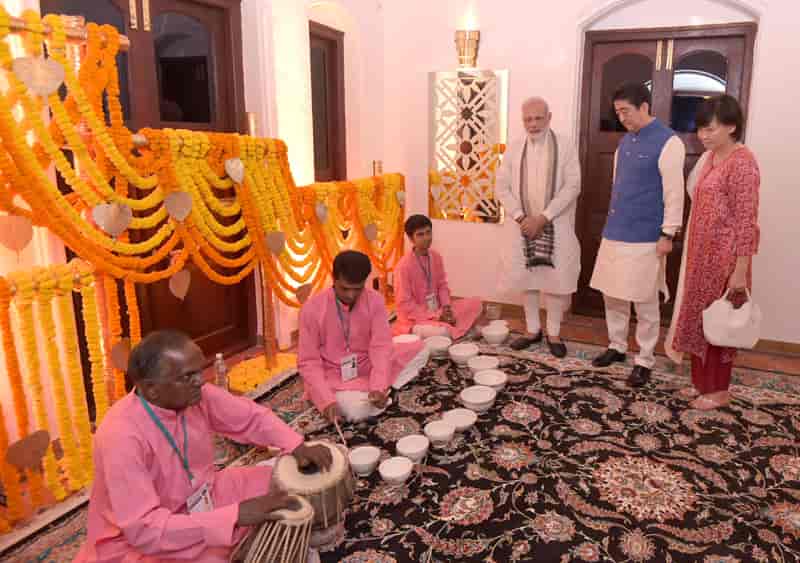 Japanese Prime Minister Abe arrived here today on a two- day visit with a packed agenda that includes the laying of the foundation stone for India's first bullet train project between Ahmedabad and Mumbai. Tewari also criticised the government over the handling of the Rohingyas issue and said the criticism India had been subjected to by the United Nations Human Rights Council was "absolutely unprecedented". "The stand which this government has taken on the Rohingyas is totally contrary to India's traditions where we have welcomed the persecuted from any part of our neighbourhood," he said. (Image: PIB) 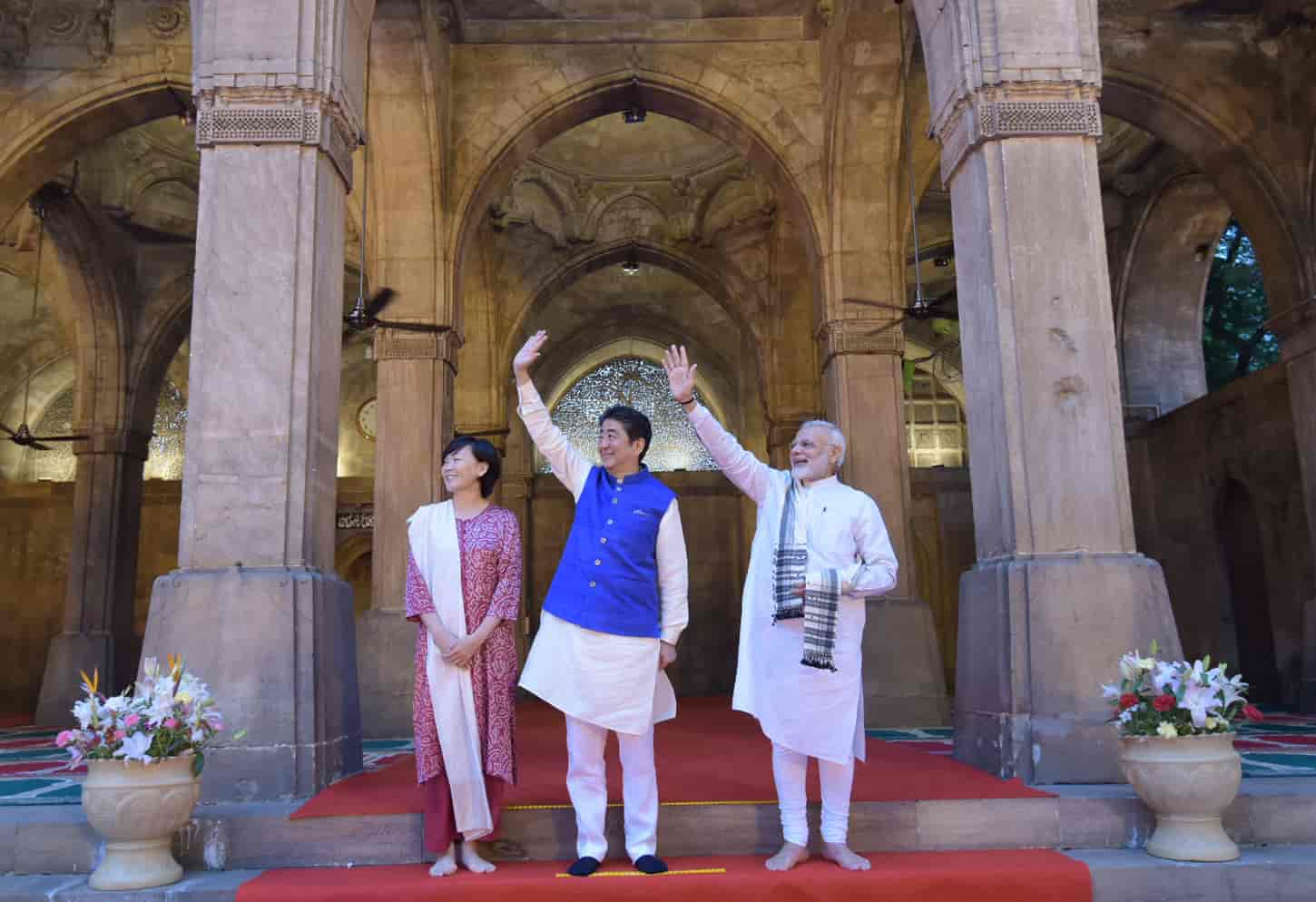 He said India had not faced "this kind of ignominy". "So, therefore, you can be critical of (Congress vice president) Rahul Gandhi, but I think the time has come for the NDA-BJP Government and the Prime Minister to introspect that mere speeches and road shows with leaders of other countries do not substitute for diplomacy," Tewari said. On Gandhi's recent remarks in the US about being ready to take over as the party chief, he said the Congress was a democratic party and an organisational election process was on. "You don't second guess an organisational election process. It will culminate logically in what the aspirations and the desires of the Congress workers are," he said. (Image: PIB)