By: ABP News Bureau
Updated: 15 Dec 2017 08:20 PM
NEW DELHI: Journalists intensively covering Gujarat Assembly elections on Friday predicted a BJP government in the state with the Congress improving its seat tally. According to the poll, the saffron party is projected to win 104 seats in the 182-member Assembly while the Congress is likely to get 75 seats.

All exit polls had on Thursday predicted a clean sweep for the BJP in the Assembly elections held in Gujarat, giving the saffron party seats in the range of 99-135.

The Congress, however, rejected the surveys and said that the outcome would be different than what was projected by the exit polls.

In a bid to portray another clear picture of the ground reality, we asked 30 senior journalists their opinion on the basis of the popular support among the people of Gujarat. They predicted that the BJP is set to retain Gujarat with 104 seats.

A party has to win 92 seats or more to form a government in the state.

According to the scribes, BJP is likely to secure 25 seats in the Saurashtra-Kutch region whereas the Congress may get 27. The region has constituencies.

ABP News exit poll had on Thursday predicted 31-37 seats for BJP and 16-22 for Congress in Saurashtra-Kutch region. 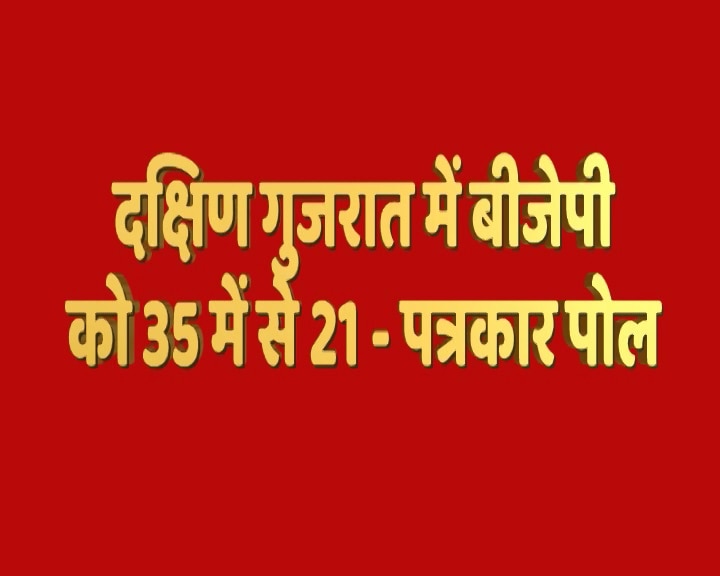 Scribes, based upon their ground analysis, predict a clean sweep for BJP in North Gujarat region. They are giving 34 seats to the saffron party and 19 to the Congress.

#ABPExitPoll Journalists covering region of North Gujarat (53) believe BJP may get 34 seats while the Congress 19 https://t.co/JQJlKZeiOk#GujaratElection2017pic.twitter.com/IVAH1Ke3Q0