The root cause of the clash was an invite to JNU students Umar Khalid and Shehla Rashid to address a seminar on 'Culture of Protests' which was withdrawn by the college authorities following opposition by the ABVP.

However, since then the ABVP, an all India student organisation affiliated to the Rashtriya Swayamsevak Sangh (RSS) is in the headlines. 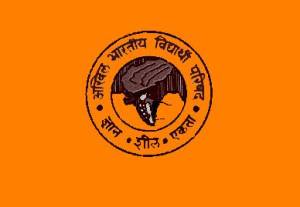 Q1) Do you think anti-national activities in university campuses justified?

Nagesh Thakur: Not at all. Universities and colleges are created to generate young minds to serve the nation and human beings. Universities are the highest study institution and if students studying there will raise the anti-national slogans then it is unfortunate and anti-national.

She shouldn't be afraid of ABVP because it is a national organisation and even a very small party worker can't harm any female or anyone.

We have filed a complaint in support of her. It may be a conspiracy to damage the image of ABVP.

Q3) Do you think Gurmehar Kaur is being used as a political pawn?

Q4) There are allegations that ABVP is issuing rape threats to Gurmehar Kaur. Do you think it is the way of treating a young female student?

Nagesh Thakur: No ABVP worker can do like this. ABVP itself has filed a FIR in her support. We want action against the culprits.

Q5) Is politics in educational institutions, which are the center for study, justified?

Nagesh Thakur: Definitely, elections should take place. Universities are learning institutions. They helps budding young politicians to learn many things. If some university administration takes some decision against students like fee hike, if they harass a girl student, then who will raise the voice?

Even in the decision-making body, there should be the participation of students.

Q7) What do you think, why anti-national activities/sloganeering in educational institution increased recently?

Nagesh Thakur: This is unfortunate. Those people who don't want the nation to grow, some anti-national elements are doing this. The ideologies which does not want this country to be strong, they are doing this.

And also these anti-national elements are misguiding the young minds.

Nagesh Thakur: It is very sad that the Chief Minister of Delhi is making such comments. Opposition for the sake of opposition and it is dangerous.

How ABVP/BJP which loves the nation can we do such a thing?

Q9) What reforms ABVP wants in the educational system?

Nagesh Thakur: There are many, to mention a few-We have demanded that Indian educational system, from primary to university level, should be such that it should be India centric. There must be moral values so that students don't raise slogans against the country.

Secondly, education is becoming commercial activity. We want education, from primary to top level, to be accessible and affordable to all. Commercialisation of education should stop.

Q10) ABVP is known for using physical force, many times, in the name of protecting anti-nationalism. Do you think it's right?

Nagesh Thakur: ABVP never believes in violence and we demand through the democratic process. ABVP base is increasing day by day and our opponents are trying to malign the organisation's image.

Nagesh Thakur: My message to all students is, every student being a citizen of this country must respect the nation and he should serve the humanity and do constructive activity.