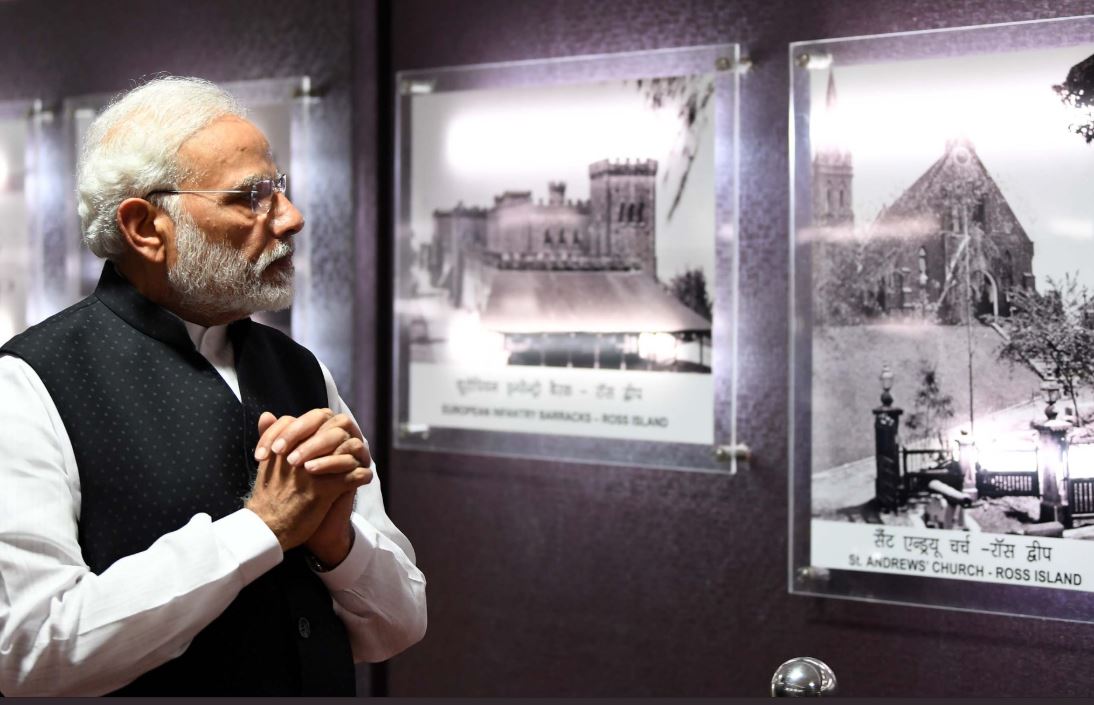 Prime Minister Narendra Modi during his two-day visit to the Andaman and Nicobar Islands on Sunday visited the Cellular Jail in Port Blair and paid homage to those who were exiled and hanged as political prisoners in colonial India. PIB Photo 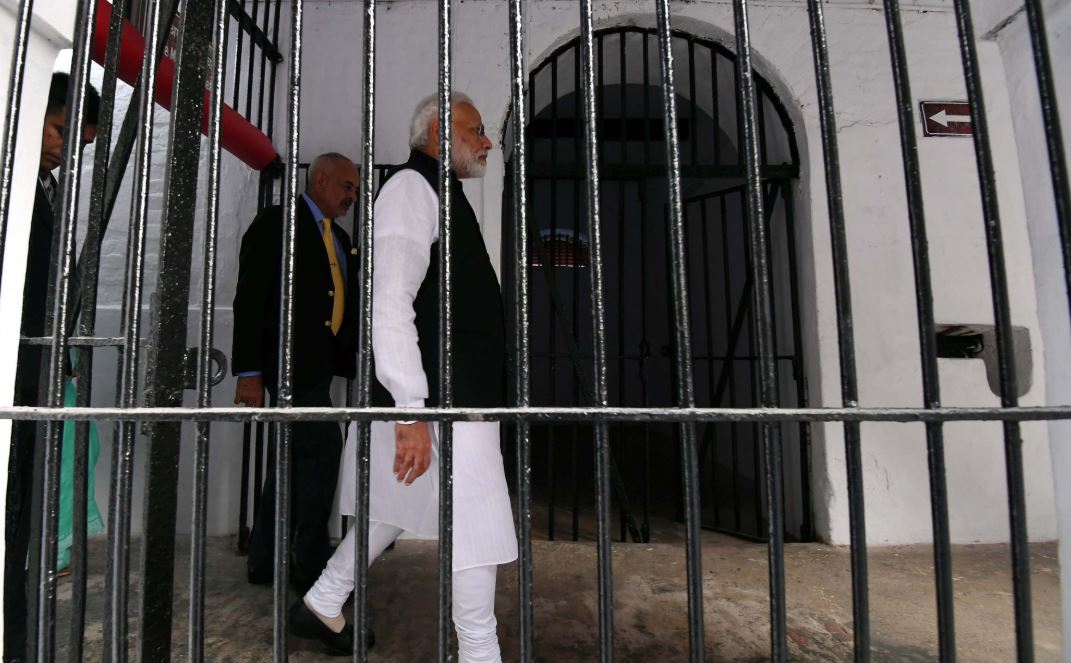 On reaching the jail premises, Modi laid a wreath at the Martyr's Column before proceeding towards a cell, where Hindutva idealogue Veer Savarkar spent his days in captivity. PIB Photo 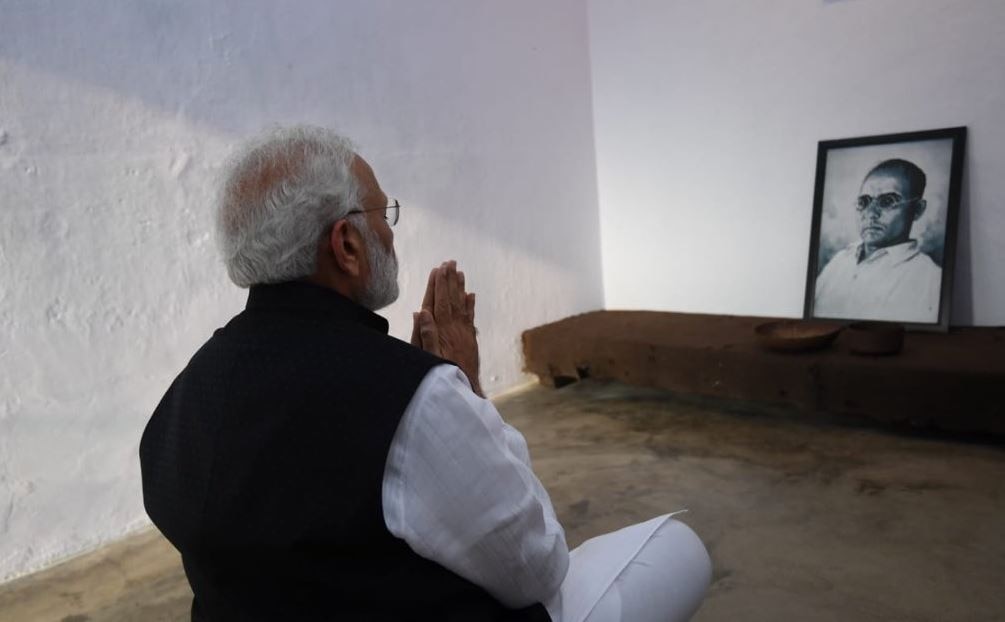 Vinayak Damodar Savarkar, a political leader and practitioner of Hindu philosophy, was imprisoned by the Britishers and moved to the Cellular Jail in 1911. The prime minister sat down on the floor of the cell, in front of Veer Savarkar's photograph, with his eyes closed and hands folded for some time. PIB Photo After stepping out of the cell, he went to the central tower of the prison, and stopped before a marble plaque, where names of jail inmates are inscribed. PIB Photo 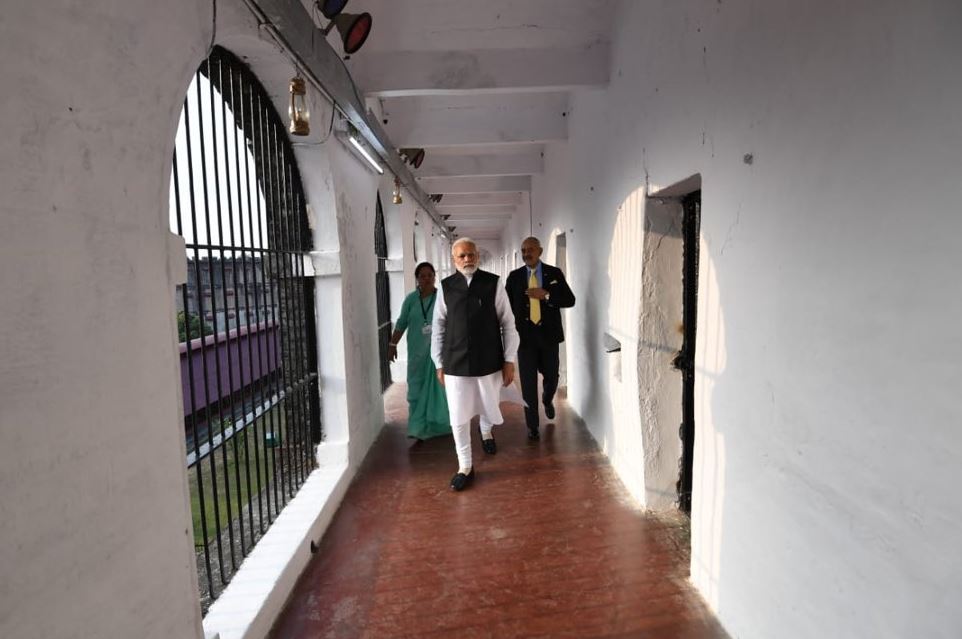 Modi also visited the gallows, where there were arrangements to hang three prisoners at one go. PIB Photo After taking a tour of the museum at the prison complex, he signed the visitor's book. PIB Photo