The Uttar Pradesh Assembly on Thursday decided to follow the 'half glass water' policy in order to prevent wastage of water.

By: ABP News Bureau
Updated: 19 Jul 2019 11:15 AM
New Delhi: The Uttar Pradesh Assembly on Thursday decided to follow the 'half glass water' policy in order to prevent wastage of water. This comes amid drinking water crisis that has been predicted by several agencies within the decade. A notice dated July 18 issued by the Legislative Assembly Secretariat said "It has been directed by the Assembly Speaker that initially only half-filled glasses of water will be kept in the state secretariat. It is often seen that people do not drink the entire water from the glass." It further read: "More water can be given if people need it. Hence, only half-filled glass will be given to the people in the Secretariat and its departments."

In an order that has been implemented with immediate effect, Principal Secretary of the Vidhan Sabha Pradeep Dubey has said that half-filled glasses of water should be served in all offices and canteens. "Most people tend to leave water in glasses, hence, only half filled glasses of water will be served and those who want more can ask for it," he said. 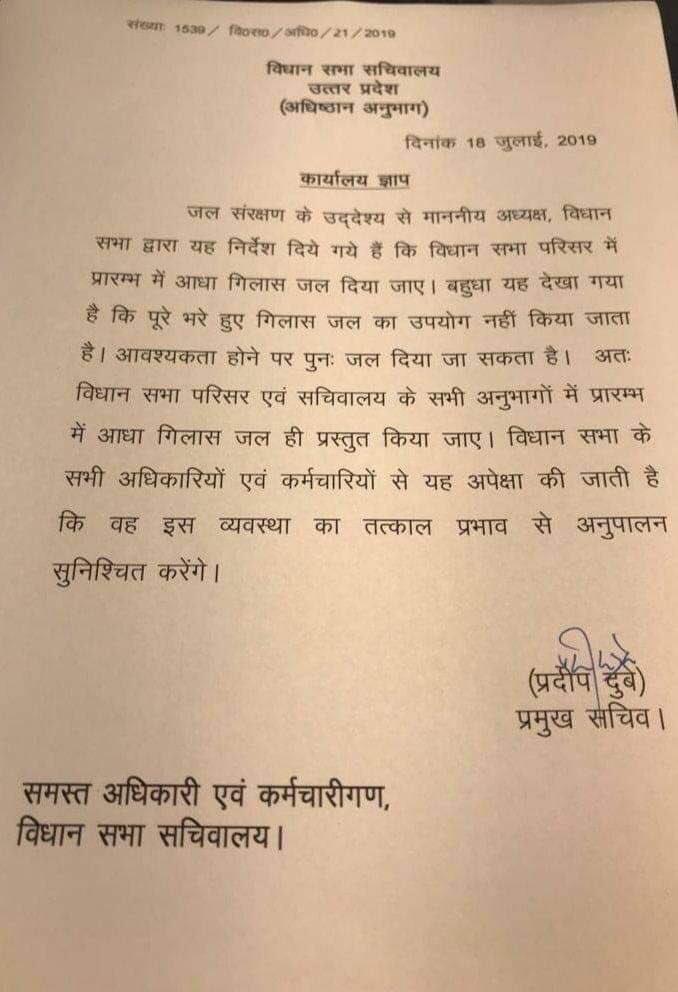