Meghalaya Election Results 2018: The incumbent Congress government, led by Chief Minister Mukul Sangma is seeking to win for the third time in a row. On the other hand, BJP is trying to arm-twist power.

By: ABP News Bureau
Updated: 03 Mar 2018 08:20 PM
Meghalaya Election Results 2018: Meghalaya threw up a hung Assembly today with the ruling Congress emerging as the single largest party after winning 21 seats out the 59 that went to polls last month.

The National People's Party (NPP) was at the second position with 19 seats, according to the results.

The BJP, which contested 47 seats, could win only two.

Polling for 59 Assembly seats, out of a total of 60, was held on February 27. A Nationalist Congress Party (NCP) candidate was killed in an IED blast, which resulted in countermanding of the polls in one seat.

To form government in Meghalaya at the present juncture, a party or coalition requires a minimum of 30 seats.

The Congress had no pre-poll arrangement with any party.

The BJP, which made a serious bid to dethrone the 10-year-old Mukul Sangma government, also had no seat-sharing arrangement with any party.

However, the NPP is an ally of the saffron party at the Centre and in Manipur.

NPP chief Conrad Sangma said, "We are hopeful that we will be able to form the government. People are fed up with the corrupt Congress government and are looking for a change."

All eyes are now on the regional parties and independent candidates.

The UDF and the HSPDP have a pre-polls alliance.

The Congress has rushed two senior leaders Ahmed Patel and Kamal Nath to the state to explore the possibility of forming the government.

The Congress' move comes in the wake of criticism in the past that the party was caught 'napping' in Goa and Manipur, where despite emerging as the single largest party it failed to form governments there.

After the Assembly elections last year threw hung verdicts in Manipur and Goa, the BJP formed governments there with the help of smaller parties and independent candidates.

Patel said there would no repetition of Manipur and Goa.

Nath said, "It is clear that we will form the government. The will of the people of Meghalaya will be reflected in our Congress government."

Nath alleged the BJP is trying to use "money power to cause as much disturbance as possible".

Chief Minister Mukul Sangma, who won from the two seats he contested, said the results were not on expected lines and he would keep his cards close to his chest with regard to the Congress forming the government.

For the first time, Sangma contested in two seats.

"We are in touch with like-minded regional parties and independents to form the government," state Congress working president Vincent H Pala told PTI. 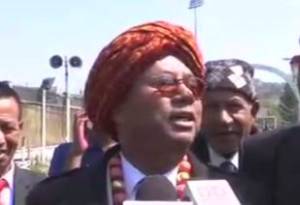 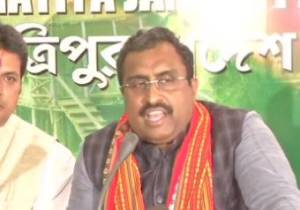 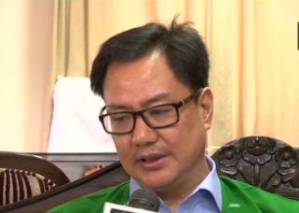 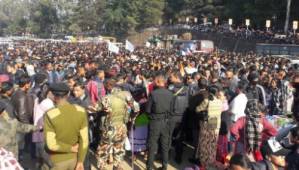 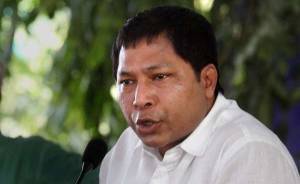 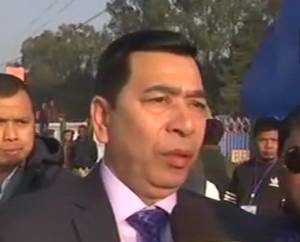 
There is adequate security at counting centres and we hope there will be no untoward incident and counting will pass off smoothly: D Marak,SP Shillong #MeghalayaElection2018 pic.twitter.com/QFoajdJi3U

In 2013 Assembly elections in the state, the voter turnout was 86.82 percent. This year's polling percentage is expected to go up further after voting in Williamnagar constituency, he said.

The highest turnout was recorded at Mookaiaw constituency where 93.21 per cent voters exercised their franchise, and the least was registered in North Shillong which witnessed 60.79 per cent polling.

Re-polling at a booth in Meghalaya conducted on Thursday, Chief Electoral Officer Frederick Roy Kharkongor said. The repolling at the Kyndong Tuber polling booth under Raliang assembly constituency was necessitated due to an error in the voting machine.

More than 15,000 voters have been rewarded with 'early voter medals' in Meghalaya which went to polls.

Five early voters from each of the 3025 polling stations in 59 of the 60 Assembly constituencies were rewarded with 'early voter medals' by the state Election Commission. Some of these early voters were the enthusiastic first-time voters who were spotted in the queues as early as 6 am.

The population of Meghalaya as of 2016 is estimated to be 3,211,474. State covers an area of approximately 22,430 square kilometers, with a length to breadth ratio of about 3:1. It is a major logistical center for trade with Bangladesh.