At Kennedy Space Center, many gathered to remember the Columbia crew killed in the line of duty over the decades. 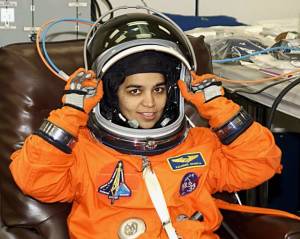 A piece of foam, falling from the external tank during launch, had opened a hole in one of the shuttle’s wings, leading to the breakup of the orbiter upon re-entry. The incident happened just minutes before a Florida touchdown.

Born in Karnal, 130 km from Chandigarh, Chawla was the first woman of Indian origin in space. The space scientist, who did her engineering degree in aeronautical engineering from Chandigarh's Punjab Engineering College (PEC), was chosen by NASA for her second space mission in January 2003.

A planetarium has also been set up in her name in Kurukshetra town, 40 km from here.