No end to VIP culture in UP: Yogi govt. wants special toll lane for MPs, MLAs

By: ABP News Bureau
Updated: 22 Jul 2017 02:35 PM
New Delhi: Narendra Modi’s government had decided to do away with VIP culture across the country from May 1, a move that was widely appreciated and followed across all states in the country. But here comes a move by Yogi Government that indicates that the VIP culture hasn’t ended in totally in the state of Uttar Pradesh

It also states that no road toll would be charged from any MLA or MLC of the UP assembly, or MPs from the state directed by the Centre. (Read the letter below in Hindi) 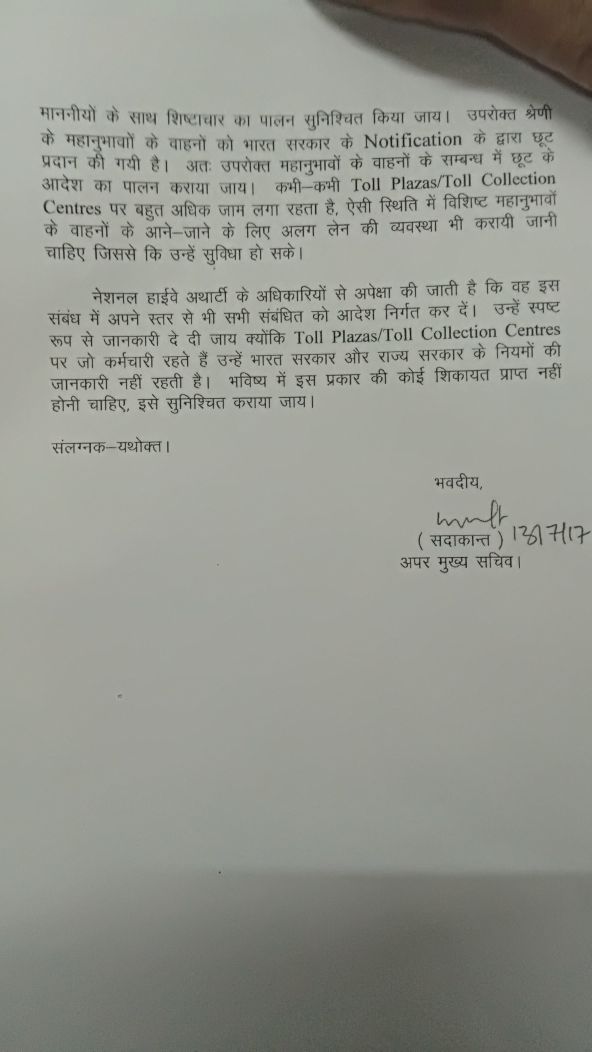 Notoriety by MLAs and MLCs at toll plazas have often been witnessed and paying the brunt for it are toll collectors who are usually abused or beaten up for seeking toll.

According to the Centre's directive, fire fighters, police, paramilitary forces or defence forces on law and order duty, and those on duty related to management of natural disasters can use the multi-coloured flashers.

Vehicles plying within airports, ports, mines and project sites can use amber beacons for operational purposes on the condition they don't leave the premises on to public roads.