By: Kirti Joshi
Updated: 03 Mar 2018 07:44 PM
NEW DELHI: The Haj House in Lucknow, used by Muslims as a stoppage on their way to pilgrimage in Mecca was painted in saffron colour. Previously, it used to be in white colour. 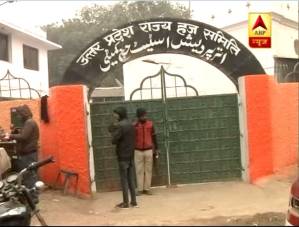 Opposition parties and religious leaders have objected the move. They say that the Yogi government is deliberately instigating religious sentiments. 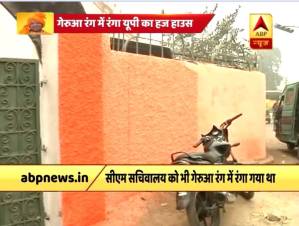 UP Minority minister Mohsin Raza, one Muslim face in the Uttar Pradesh cabinet, said, “There is no need for controversy in such things, saffron is an energetic and bright looking colour, the building looks beautiful. Opposition has no big issues against us so they raise inconsequential things” 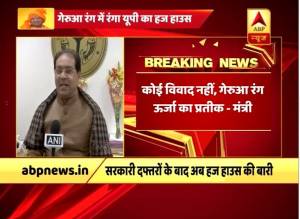 A few days ago, Raza slammed those supporting triple talaq, arguing that if uttering the word 'nikaah' thrice does not solemnise a marriage, how can saying 'talaq' three times result in divorce. Condemning the All India Muslim Personal Law Board (AIMPLB), Raza said the body has made a mockery of things and wants to fulfil its vested interests.

Besides this, the education department had distributed saffron-coloured school bags to primary schools students and the booklets that were distributed to mark 100 days and six months of the Adityanath government were saffron in colour as well.