The officials said he was questioned about the UPA government's 20:80 gold import scheme.

CBI questions a former Deputy Governor of RBI in connection with the PNB scam: officials. (PTI) 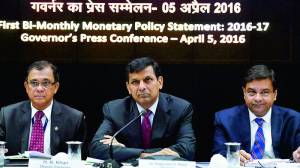 The officials said he was questioned about the UPA government's 20:80 gold import scheme, which was cleared by then Finance Minister Chidambaram on May 13, 2014, barely three days before the counting of votes of the general election.