Salman Khan and Asaram Bapu to share barrack No. 2 at Jodhpur Central Jail

The 52-year-old Bollywood actor was found guilty under section 9/51 of the Wildlife Protection Act, 1972 for killing two blackbucks, an endangered species, hunting of which is prohibited by law.

Police said, "He (Salman Khan) will be in Barrack no.2, where Asaram Bapu has been lodged," 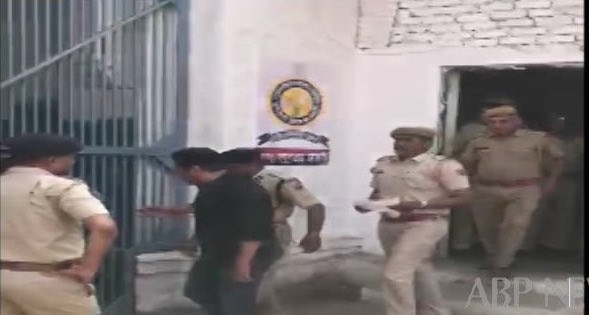 Along with Asaram Bapu, the spiritual leader accused of raping a schoolgirl, other criminals with whom he would be sharing space in the jail are Malkhan Singh Vishnoi, convicted in Bhanwari Devi case, and Shambu Lal Regar accused of killing a Muslim labor.

The 52-year-old Bollywood actor was found guilty under Section 9/51 of the Wildlife Protection Act, 1972 for killing two blackbucks, an endangered species, hunting of which is prohibited by law.

The court acquitted others actors namely - Saif Ali Khan, Tabu, Sonali Bendre and Neelam.  As per sources, the rest of the stars were let off owing to lack of evidence.

The actors were traveling with Salman on the intervening night of October 1-2, 1998 when he allegedly killed the two blackbucks in Kankani village near Jodhpur. All of them were in the state for the shooting of the movie 'Hum Saath Saath Hain'.