List of 124 MLAs with signatures given to Gov, Palanisamy stakes claim to form govt


In his brief meeting with the Governor, Palaniswami presented a list of MLAs supporting his claim. Some senior leaders and ministers also accompanied Palaniswami, according to sources.

All that happened on Tuesday:


ALSO READ: O Panneerselvam all set to rise: Is political career of Sasikala Natarajan over? 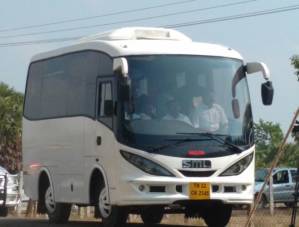 The bench of Justices P C Ghose and Amitava Roy, passed its order on a batch of appeals, including the one filed by the Karnataka government acquitting the main accused in the case, former Tamil Nadu chief minister the late J Jayalalithaa and three others, including Sasikala.

Since Jayalalithaa is dead, the case against her would be abated. The other accused in the case are Sasikala's relatives V N Sudhakaran and Elavarasi. All four had been convicted by the trial court, but acquitted by the Karnataka High Court.

Political future of Sasikala, a long-time friend of Jayalalithaa, would entirely hinge on SC judgement

Sasikala, who was elected AIADMK legislature party leader on February five, will be rendered ineligible for contesting an assembly election in the event of conviction, thereby stifling her ambition of becoming the Chief Minister.

The information about the likely Supreme Court order came on a day Attorney General Mukul Rohatgi advised Governor C Vidyasagar Rao to hold a special session of the state assembly within a week for a floor test to ascertain who between Sasikala and caretaker Chief Minister O Panneerselvam enjoys
majority support of AIADMK MLAs.

In his opinion, sources said, Rohatgi has stated that "he (Governor) should call a special session within a week's time and have a composite floor test as was ordered by the Supreme Court in the Jagdambika Pal case".

ALSO READ: D-Day for Sasikala: Security beefed up in Tamil Nadu ahead of DA case verdict

The Attorney General has cited the 1998 Supreme Court judgement in the Jagdambika Pal case in which the apex court had ordered a floor test in the assembly to determine who between the two claimants -- Pal and Kalyan Singh -- commanded the majority support for chief ministership of Uttar Pradesh.

If the Governor, who has kept his cards close to chest since last Thursday, the day Sasikala staked claim to form the government, goes by the AG's advise, the dispute between the rival AIADMK factions would be decided on the floor of the House.

The Governor can also swear in Sasikala without the assembly having to go through the rigour of a floor test as she has already been elected the AIADMK legislature party leader. 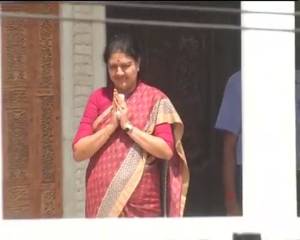 Panneerselvam's revolt notwithstanding, she enjoys the support of an overwhelming majority of party MLAs, six of whom have shifted their loyalty to the caretaker Chief Minister.

Pannerselvam also has the backing of 11 MPs, including two of the Rajya Sabha.

The Tamil Nadu government today informed the Madras High Court, hearing habeas corpus petitions seeking production of two MLAs who were said to be lodged at a resort on Chennai's outskirts that apart from them 119 legislators kept there have recorded their statements saying they have not been illegally
detained.

Tamil Nadu has a 234-member assembly and Sasikala looks set for a facile victory during a floor test, but an adverse court verdict can put paid to her chief ministerial ambition.

Meanwhile in Kovathur (TN) security tightened outside Golden Bay Resort as a precaution in wake of today's judgement in DA case against Sasikala.

In the resort, MLAs supporting Sasikala are housed.

Likewise, security increased outside Poes Garden, as precaution ahead of SC's verdict in DA case against V K Sasikala, to be announced on Tuesday.