By: ABP News Bureau
Updated: 14 Feb 2017 01:19 PM
Tamil Nadu: Amid the tug of war for the Chief Ministerial post in Tamil Nadu between VK Sasikala and Panneerselvam, the Supreme Court on Tuesday pronounced a historic judgment and convicted VK Sasikala in the disproportionate assets case, and sentenced her a jail term of four years.

Taking a fresh twist in Tamil Nadu politics, the party sacked O. Pannerselvam and elected Edapadi K.Palanisamy as the new party leader. As per reports, 120 MLAs were present in the meeting which decided removal of OPS.

Here is all you need to know about the SC order on Sasikala’s DA case: 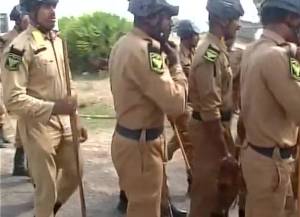