They (BJP) were given befitting reply: Mayawati while commenting about Gorakhpur and Phulpur by-elections

"The duration of one year of Yogi govt has left a bad mark on the state," BSP Chief Mayawati said.

"The duration of one year of Yogi govt has left a bad mark on the state. That is why they were given a befitting reply in Gorakhpur and Phulpur by-elections," BSP Chief Mayawati said, reported ANI.

"People of state are expressing their anger towards BJP govt from time to time, In upcoming General elections, BJP will be in bad condition. Instead of celebrating one year of UP govt they should seriously do self introspection of their failures. This is my advice to them," Mayawati further said. 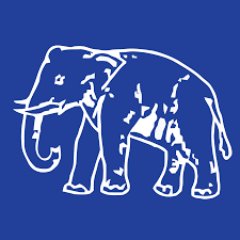 BSP supported both the SP candidates for LS bypolls and as a result SP won both seats.

Akhilesh had also visited Mayawati's home in Lucknow to say "thanks".