As per reports, the child suffered injuries on the chest, abdomen and also left eye.

By: ABP News Bureau
Updated: 18 Jan 2018 10:17 AM
New Delhi: A Gurugram like incident is reported from state capital Lucknow of the Uttar Pradesh where a class one student was attacked by another class seventh student with a knife so that there could be a holiday in the educational institute. 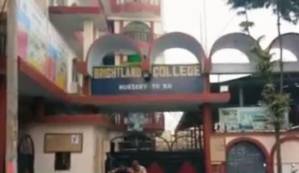 Hrithik Sharma, six-year-old, was found bleeding profusely and unconscious at Brightland school in Triveni Nagar area of Lucknow. As per reports, the child suffered injuries on the chest, abdomen and also left eye. 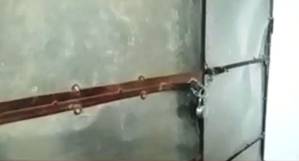 School Principal Reena Manas said the crime occurred after the morning assembly on Tuesday morning. The boy was admitted to the Trauma Centre at King George's Medical University. As per reports, Hrithik told his parents that a girl with boy cut hairstyle took him to the bathroom. There she thrashed him, and then stabbed him with a knife.

"Now there will be holiday in the school," child recalled the girl saying. She left the kid in the toilet considering him dead. As per reports, the girl in question earlier too had slit her nerves.

On Wednesday, cops sealed the bathroom on the second floor and were looking for the accused.

Pradyuman Thakur, a student at Ryan International School in Gurugram was found murdered inside the ground floor washroom of the school under mysterious circumstances on 8 September 2017.

Seven-year-old boy, Pradyuman was in class II. He was found dead with his throat slit by a sharp-edged weapon. As per reports, a senior student killed him so that the examinations could be postponed.