Vijay Rupani 'in' or 'out': Suspense over next Gujarat CM likely to end today

In addition to Vijay Rupani, the names of Nitin Patel and Mansukh Mandaviya are also doing rounds.

By: ABP News Bureau
Updated: 22 Dec 2017 08:59 AM
New Delhi/Gujarat: After Himachal Pradesh, now there is a suspense over the next Chief Minister of Gujarat too.

However, suspense in Gujarat may end today as elected BJP MLAs of the state will have a meeting in Gandhinagar with central supervisor Arun Jaitley and secretary general Saroj Pandey. After the meeting, the name may be announced.

If rumours are to be believed then Vijay Rupani is the hot choice. According to sources, BJP may give him second chance.

However, according to some other reports, Vijay Rupani may face the heat because party bagged fewer seats (99) this time. In 2012, BJP won 115 seats.

In addition to Vijay Rupani, the names of Nitin Patel and Mansukh Mandaviya are also doing rounds. 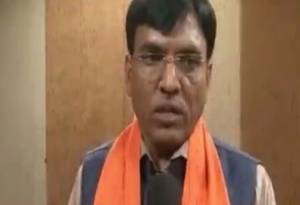 The aim is to woo the Patel voters for 2019 General Elections.

Meanwhile, the situation in Himachal Pradesh is still not clear as who will be the Chief Minister. Interestingly, in both states BJP has won.