COMPLETE VIDEO REPORT OF THE SWEARING-IN CEREMONY BELOW:

Congratulations to Shri Vijay Rupani ji & Shri Nitinbhai Patel ji on being sworn in as CM and Deputy CM of Gujarat respectively. The State and the people of Gujarat will witness new heights in development under leadership of Shri @vijayrupanibjp & @Nitinbhai_Patel

12.20 PM - Gandhinagar: 10 cabinet ministers including the chief minister and 9 MoS took the oath in a grand ceremony in the capital city of Gujarat

12.10 PM - Vibhavariben Dave only woman to be sworn-in as MoS in the Rupani government

12.07 PM - Gandhinagar: UP CM Yogi Adityanath congratulates Vijay Rupani and Nitin Patel as they take the oath of office and secrecy for the second time. 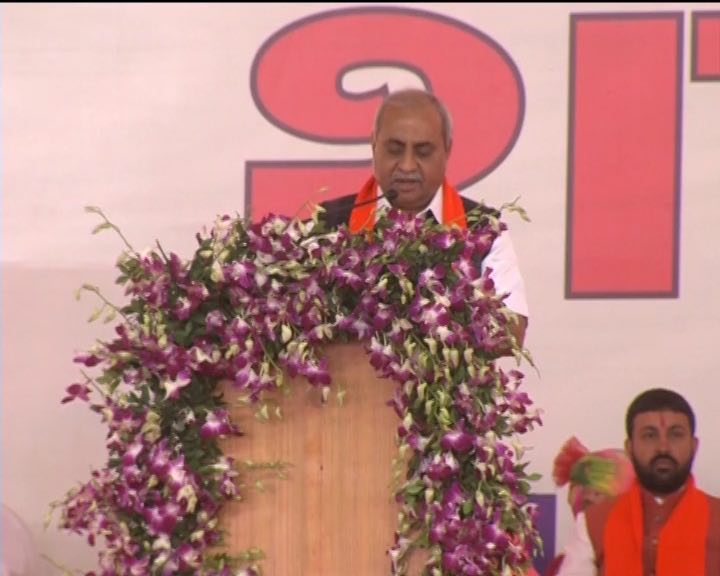 11.35 AM - Gandhinagar: Vijay Rupani takes oath as Chief Minister of Gujarat. Rupani has been sworn-in for second consecutive time 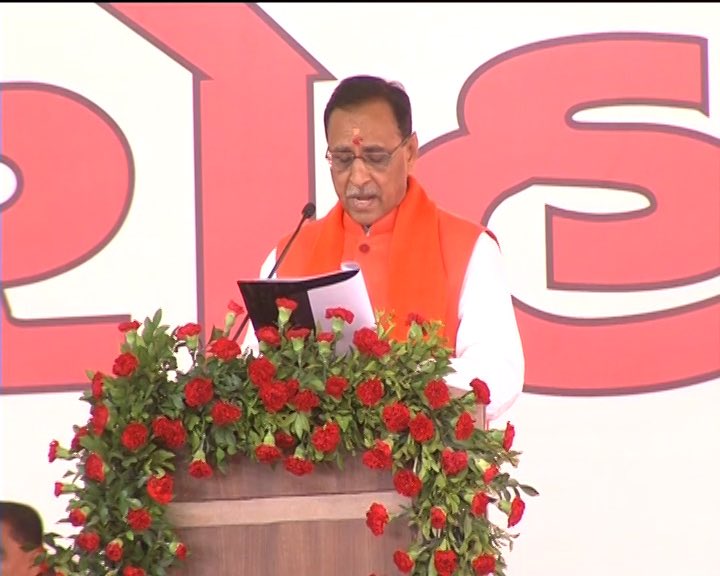 11:30 AM - Gandhinagar: Prime Minister Narendra Modi and Bihar CM Nitish Kumar shake hands and exchange pleasantries at swearing in ceremony of Gujarat CM elect Vijay Rupani and others. (PICS BELOW) 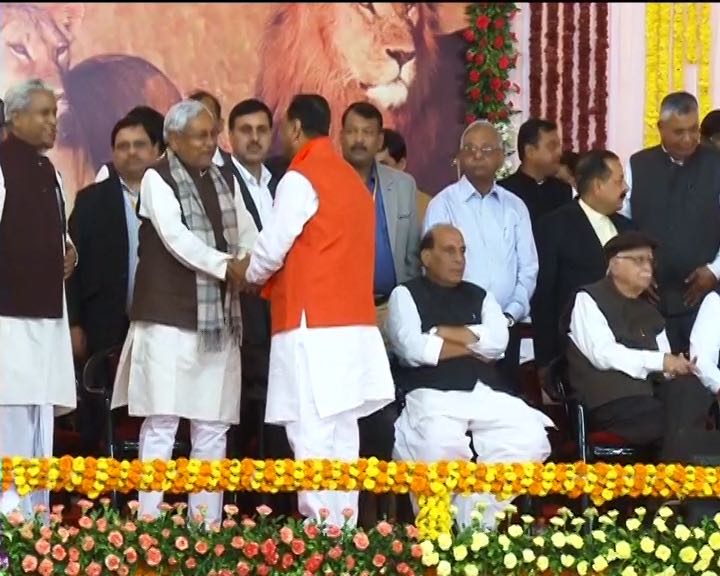 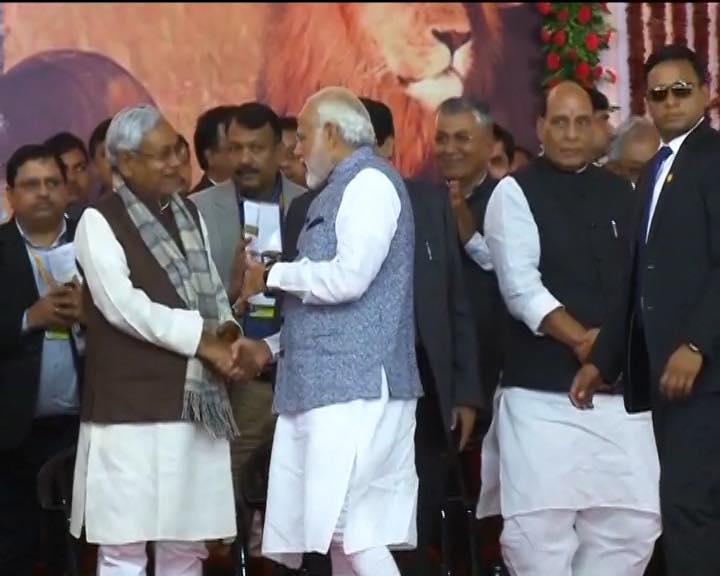 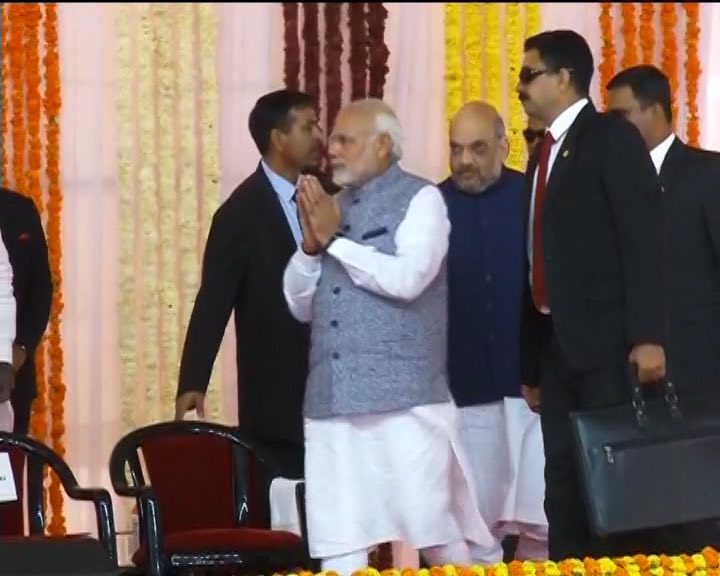 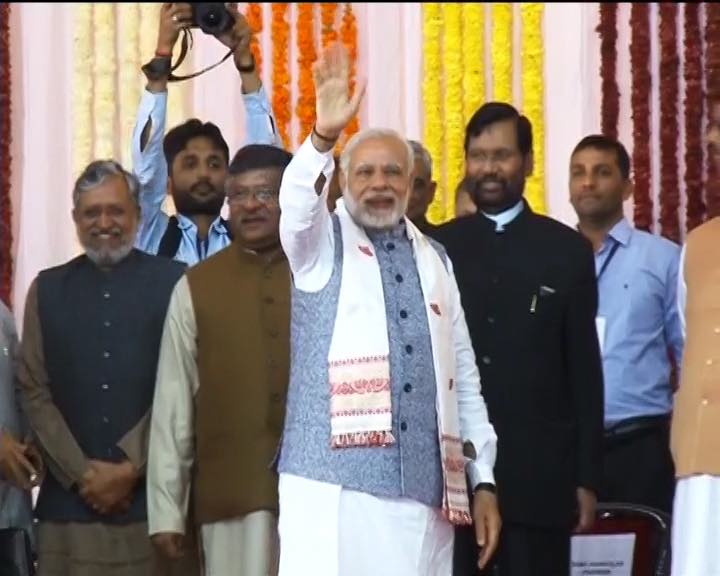 
BJP leaders and CMs assemble in Gandhinagar ahead of the oath-taking ceremony of Chief Minister-elect @vijayrupanibjp https://t.co/ltXO0PIGSJ pic.twitter.com/3z1mYVRLkz

10:15 AM - Prime Minister Narendra Modi waves to crowd gathered on his way to Gandhinagar from the airport in Ahmedabad. (PICS BELOW) 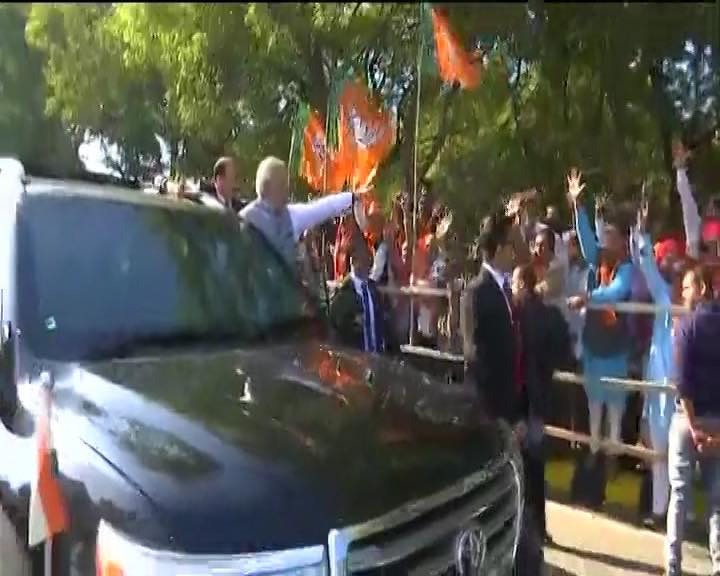 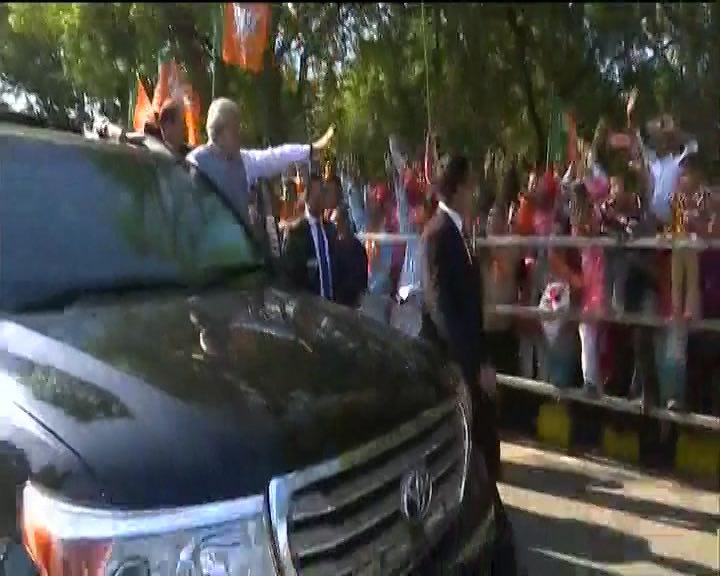 Vijay Rupani and his wife Anjali visit Panchdev temple in Gandhinagar ahead of swearing-in as #Gujarat chief minister again pic.twitter.com/GFulPCwB9d

Six ministers in the previous government lost in the elections. Assembly Speaker Ramanlal Vora too bit the dust.

Opposition Congress, which had won 61 seats in 2012, managed to increase its tally to 77. The strength of the Congress and its allies in the new House is 80.

Rupani and Patel were elected as the leader and deputy leader, respectively, of the BJP legislature party at its meeting on December 22.