The viral post claims that this creature is now being kept in the forensic lab of Banaras Hindu University.

By: ABP News Bureau
Updated: 03 Apr 2018 10:25 PM
NEW DELHI: A viral message is circulating on social media sites and WhatsApp where it is claimed that an alien was spotted in Chandauli district of Uttar Pradesh. 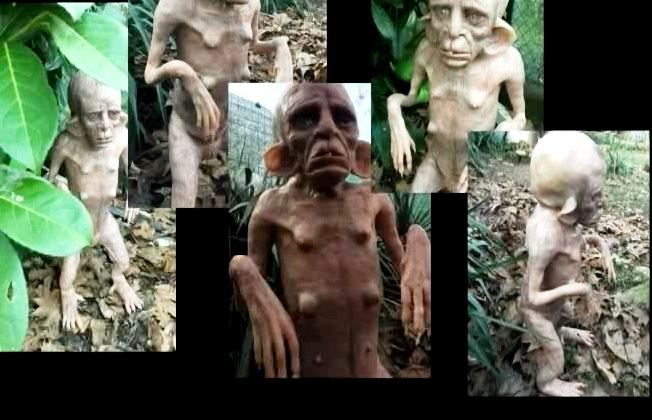 In the viral message it is said that this creature, which is neither human nor an animal, was found in a farmhouse near Mughalsarai in Chandauli. The post further claims that this creature is now being kept in the forensic lab of Banaras Hindu University.

In the photograph, the hands of this creature were that of a human and claws were like that of a dog. While sharing the viral picture on social media, people also mentioned other locations like Chattishgarh, Madhya Pradesh and Rajasthan.

Viral Sach team also went to these areas but there was no such information anywhere about a strange animal like an alien.


To investigate the matter, ABP News started its research.