According to reports, the accident took place near a police station and the cops immediately reached the spot and rushed him to a hospital.

By: ABP News Bureau
Updated: 26 Mar 2018 04:53 PM
Madhya Pradesh: A chilling incident was reported from Madhya Pradesh, where an investigative journalist, reporting on sand mafia in the state was ‘murdered’ in broad day light by being hit by a truck.

The entire incident was caught on CCTV camera.

The jouranlist was riding a motorcycle, when he was hit from behind by a speeding dumper. The accused driver is believed to be at large.

According to reports, the accident took place near a police station and the cops immediately reached the spot and rushed him to a hospital.

Journalist Sandeep Sharma was run over by a truck in Bhind. As per reports, he had earlier complained to the police about threat to life.

Reacting on the same, senior Congress leader Jyotiraditya Scindia lashed out at Bharatiya Janta Party and sought a CBI probe on the same.

“He was killed in broad daylight. Nothing less than a CBI inquiry should be done. Media is the 4th pillar of democracy & that is being crushed under BJP's rule”. 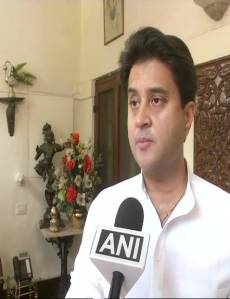 #WATCH:Chilling CCTV footage of moment when Journalist Sandeep Sharma was run over by a truck in Bhind. He had been reporting on the sand mafia and had earlier complained to Police about threat to his life. #MadhyaPradesh pic.twitter.com/LZxNuTLyap