Who would become UP CM? Naidu, Bhupender Yadav to give report to Amit Shah on March 16

By: ABP News Baureau
Updated: 15 Mar 2017 09:10 AM
Uttar Pradesh: After BJP’s historic victory in Uttar Pradesh elections, all eyes are laid on who would become the Chief Minister of the state.  A lot of candidates are in possible Chief Minister Candidates. The most probable of them being Home Minsiter Rajnath Singh, Yogi Adityanath, Keshav Prasad Maurya and Manoj Sinha.

According to the sources, Rajnath Singh is most likely to become the Chief Minister of politically important UP. But, Rajnath would have to give up on the charge of Home Ministry for the role.

BJP MLAs would hold a meeting in Lucknow on March 16, where Union Minister Venkaiah Naidu and Bhupendra Yadav would be present as supervisors. Both of them are then supposed to hand over a report to BJP chief Amit Shah; post which the final decision on new CM would be taken.

Rajnath Singh ahead in the race:

According to the sources, the name of Rajnath Singh was proposed as a CM candidate for UP in the RSS meeting which held in Coimbatore on Tuesday.

The reason why Rajnath leads the race is because of his experience and the fact that not many would oppose him as a CM. On the other hand, Rajnath himself has told media multiple times that he doesn’t want to leave Delhi and go to Lucknow. The next biggest name in the race is that of Manoj Sinha who is an MP from Ghazipur and the current Minister of State Telecom. He is also in charge of state Railways and has been elected as an MP twice. Sinha has been considered a clean and loyal politician and this adds to his change of becoming the UP CM. 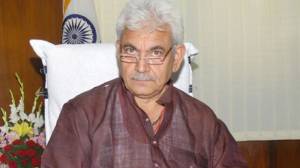 Even Yogi Adityanath is being considered as a CM for Uttar Pradesh. Aditya nath is an MP from Gorakhpur. His supporters had declared him as CM even before the elections took place. Adityanath holds an image of an extremist and this could go against him and reduce his chances of becoming CM. 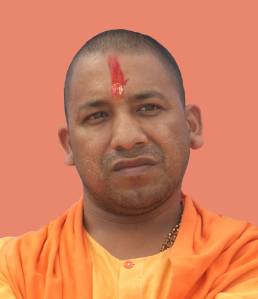 If party resorts to experiment, then Keshav Prasad Maurya, who is an MP from Phulpur could also be chosen a CM for Uttar Pradesh. Maurya belongs to a backward caste which is gradually becoming a votebank of BJP.