By: ABP News Bureau
Updated: 13 Jul 2016 09:13 AM
New Delhi: RS More College in Dhanbad has come under the scrutiny, as the students of class 11 of the college has been caught in mass-cheating while writing exam in open ground.

On July 9, over 100 of students were sitting in groups and writing their exams. The college has come under the scanner as the students were seen carrying their mobile phones and bags during the examination. 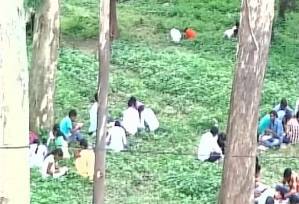 Reportedly, the authorities have affirmed that there is not enough space in the college to accommodate all the students, hence the students were sitting together and occupied all the seats. Ideally, two students have to sit on a single bench, but due to space constraints, four to five students have to adjust on one bench. 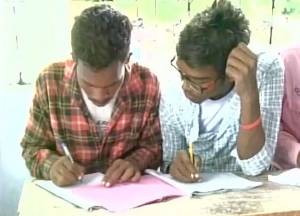 This case came in the limelight, as it has followed the Bihar School Education Board (BSEB) scam.

Now the response of Jharkhand’s chief minister Raghubar Das has been awaited as recently he has responded aggressively on the Bihar merit scam.