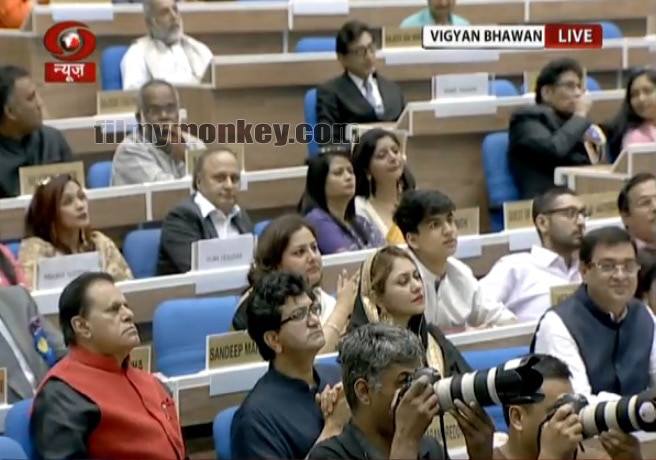 The 65th National Film Awards ceremony was held at Vigyan Bhawana in Delhi and the first set of awards were presented by I&B Minister Smriti Irani, Rajyavardhan Rathore and Narendra Kumar Sinha while the rest of them which include the Best Actress Award for Late Sridevi and Dadasaheb Phalke Award for Late Vinod Khanna, will be given in a while by the President himself. 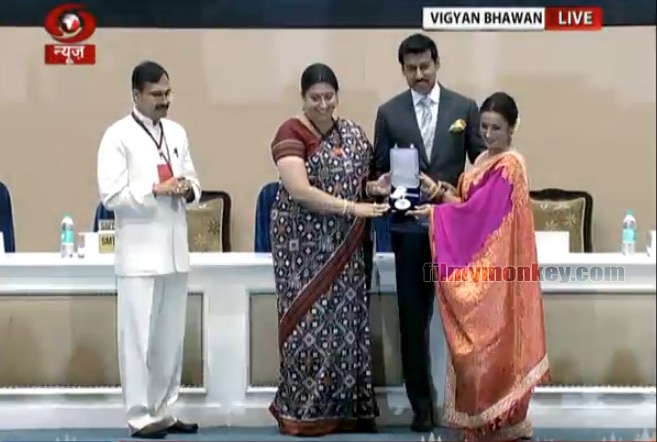 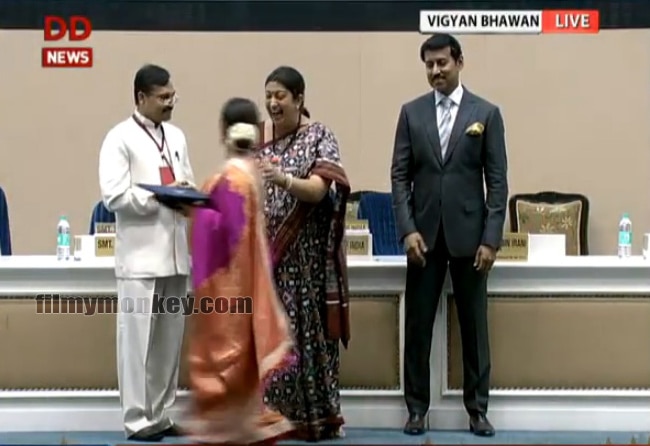 While walking away with the award, Divya and Smriti Irani also shared a light moment! 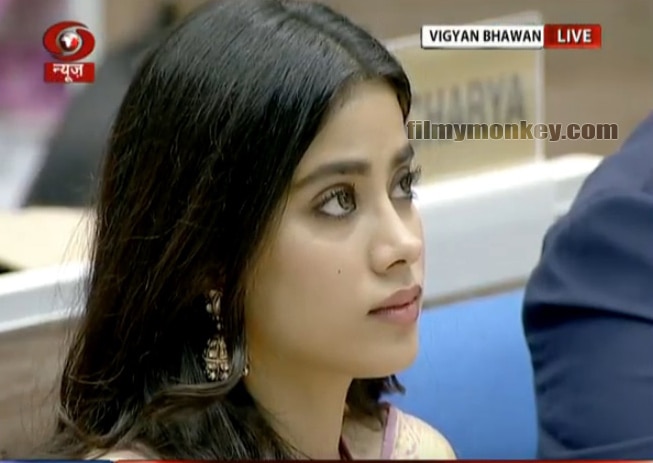 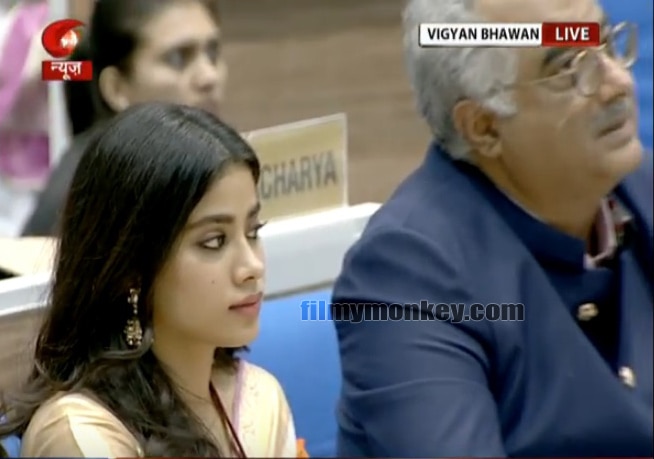 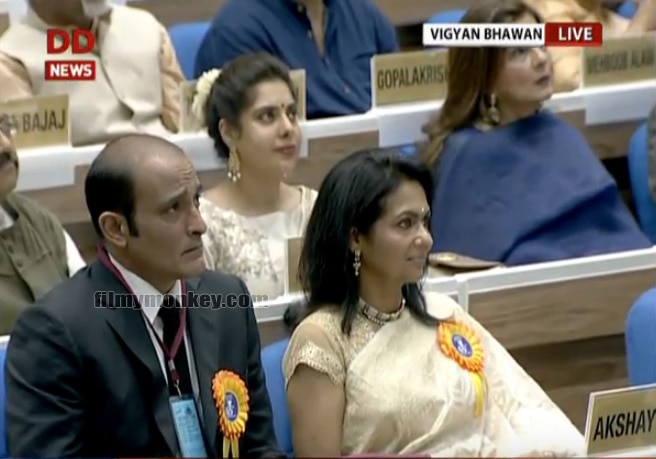 Late Vinod Khanna's son Akshaye Khanna spotted. The ceremony got into controversy this time when about 65 awardees reportedly skipped the function citing breach of 64-year old tradition of the awards being handed over by the President. 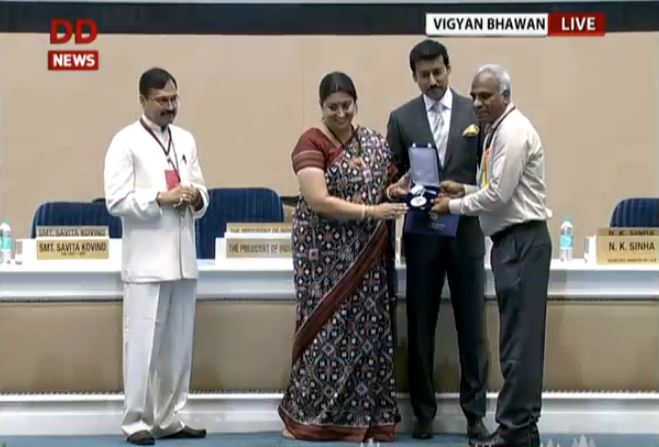