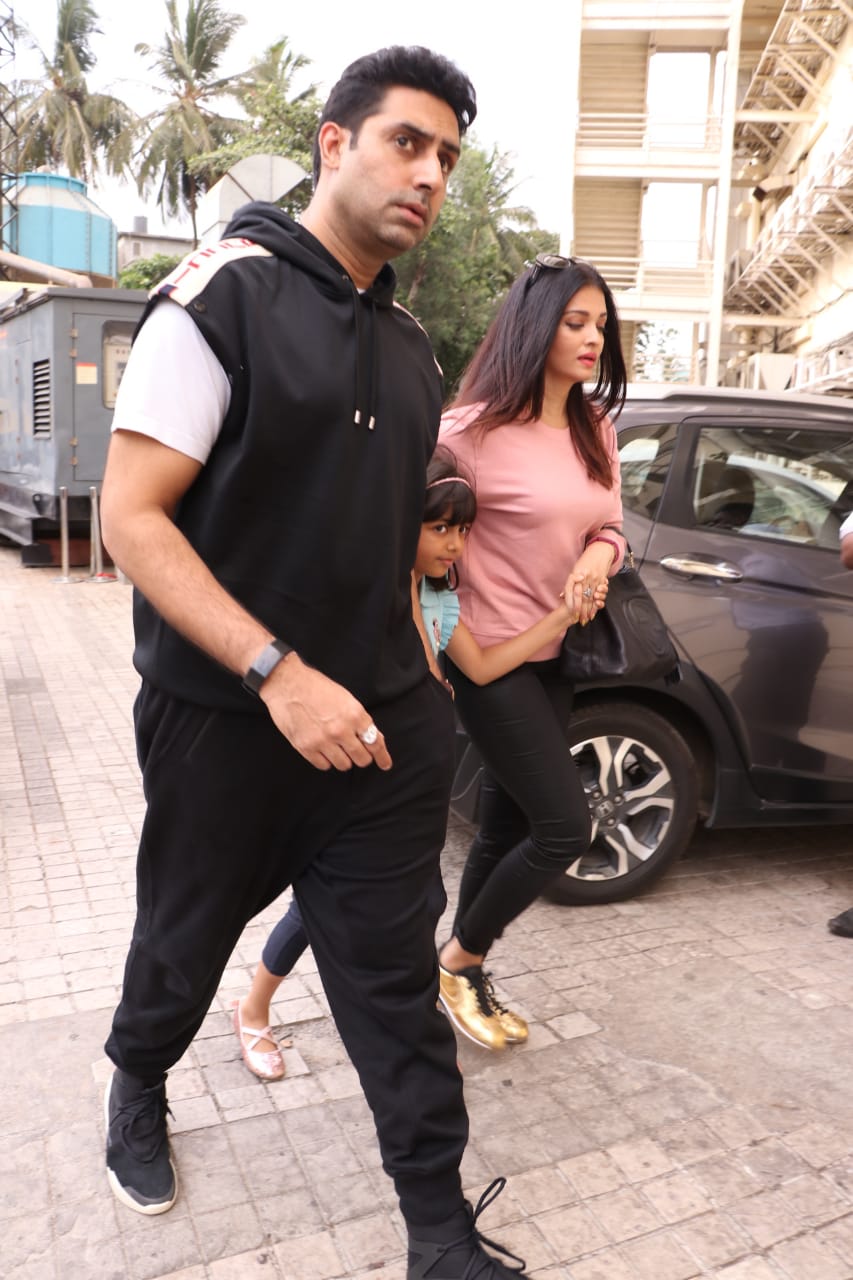 Abhishek Bachchan and Aishwarya Rai Bachchan are one of the most loved couples in tinsel town. The power couple went on a movie date along with their daughter Aaradhya Bachchan on Sunday (June 2) in Mumbai. Abhishek, Aishwarya and Aaradhay were snapped outside PVR Juhu on Sunday evening. 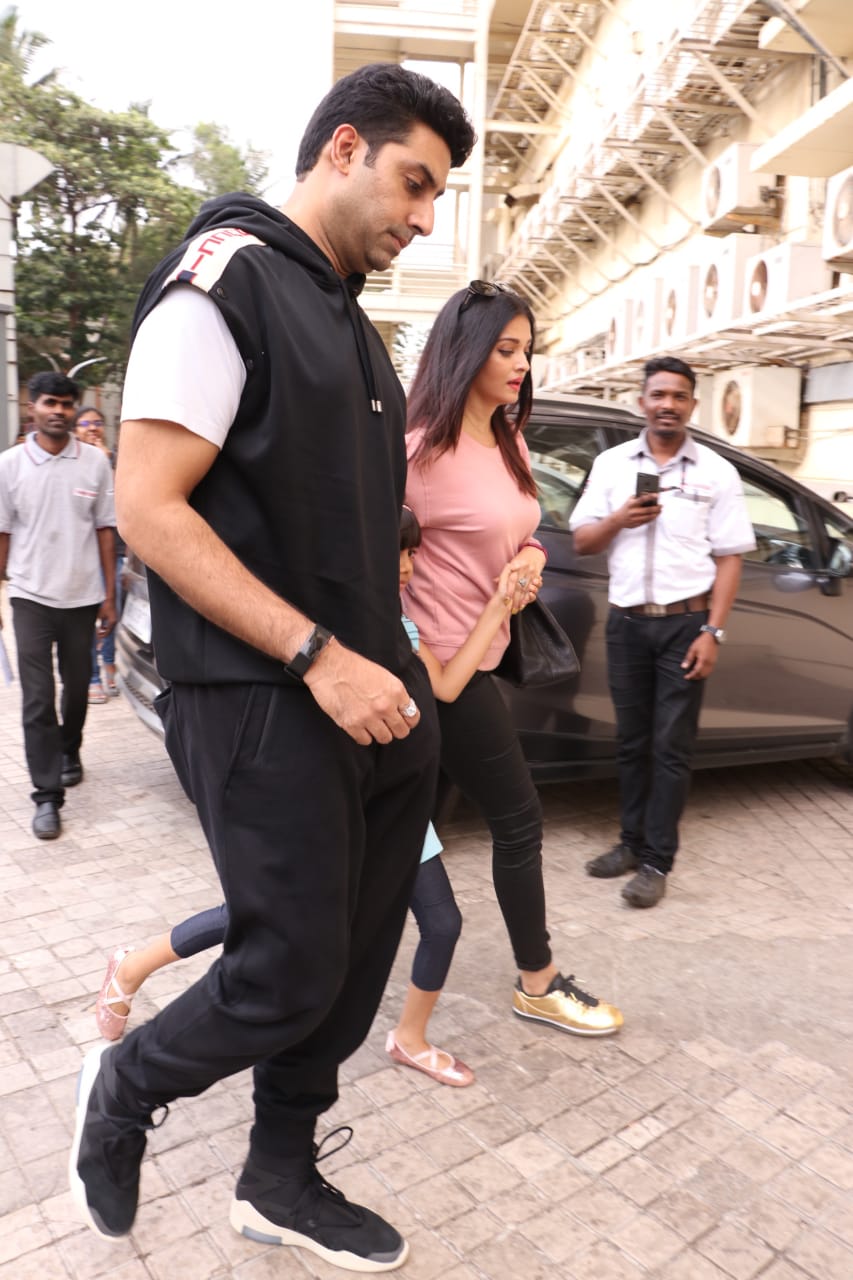 Aardhaya was sandwiched between our parents while the shutterbugs tried to click their photos. 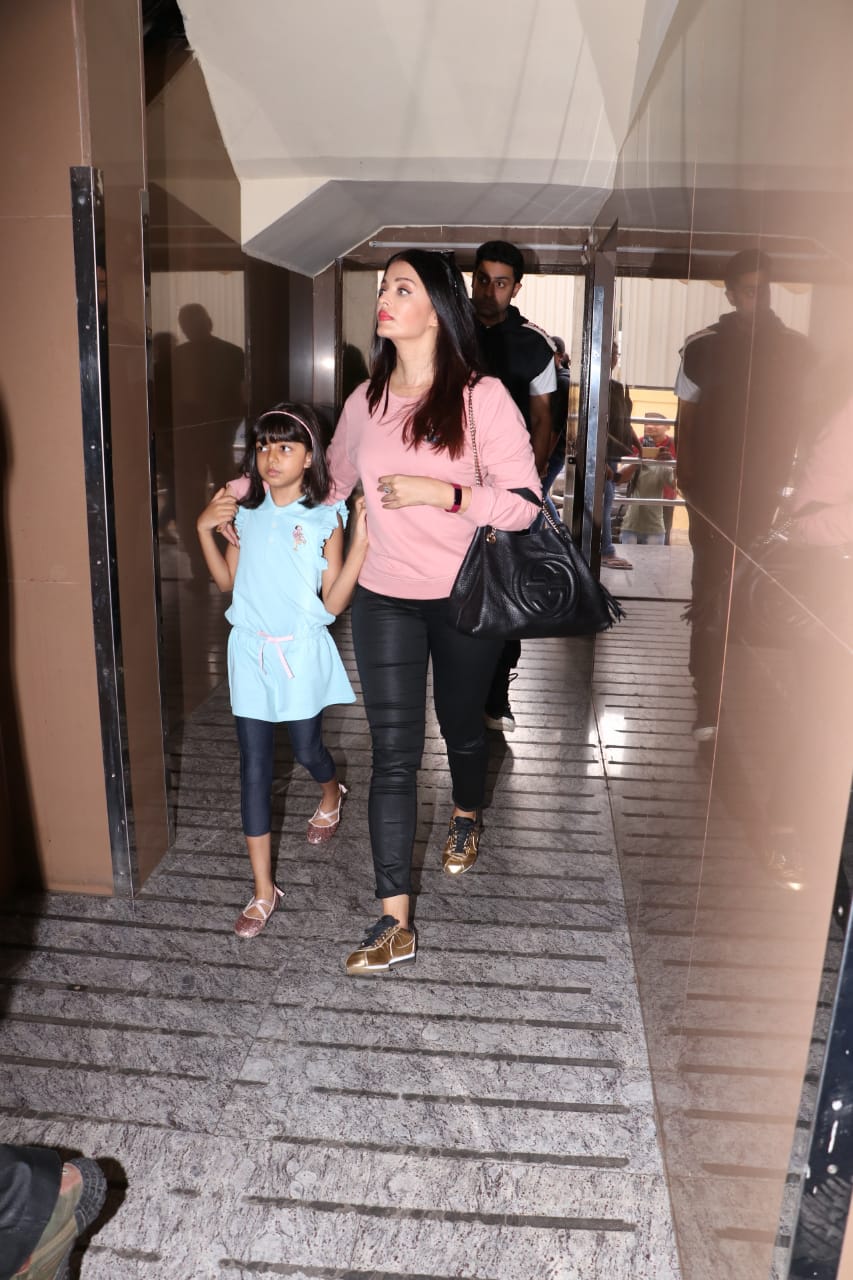 Aishwarya was seen in a peach coloured top, black pants and golden shoes. She carried a black tote bag in her hands. Aishwarya and Aaradhya stepped into the theatre together while Abhishek followed them right behind. Abhishek was seen in a white t-shirt and black tracksuit. The ‘Bunty Aur Babli’ actor paired it up with black shoes. 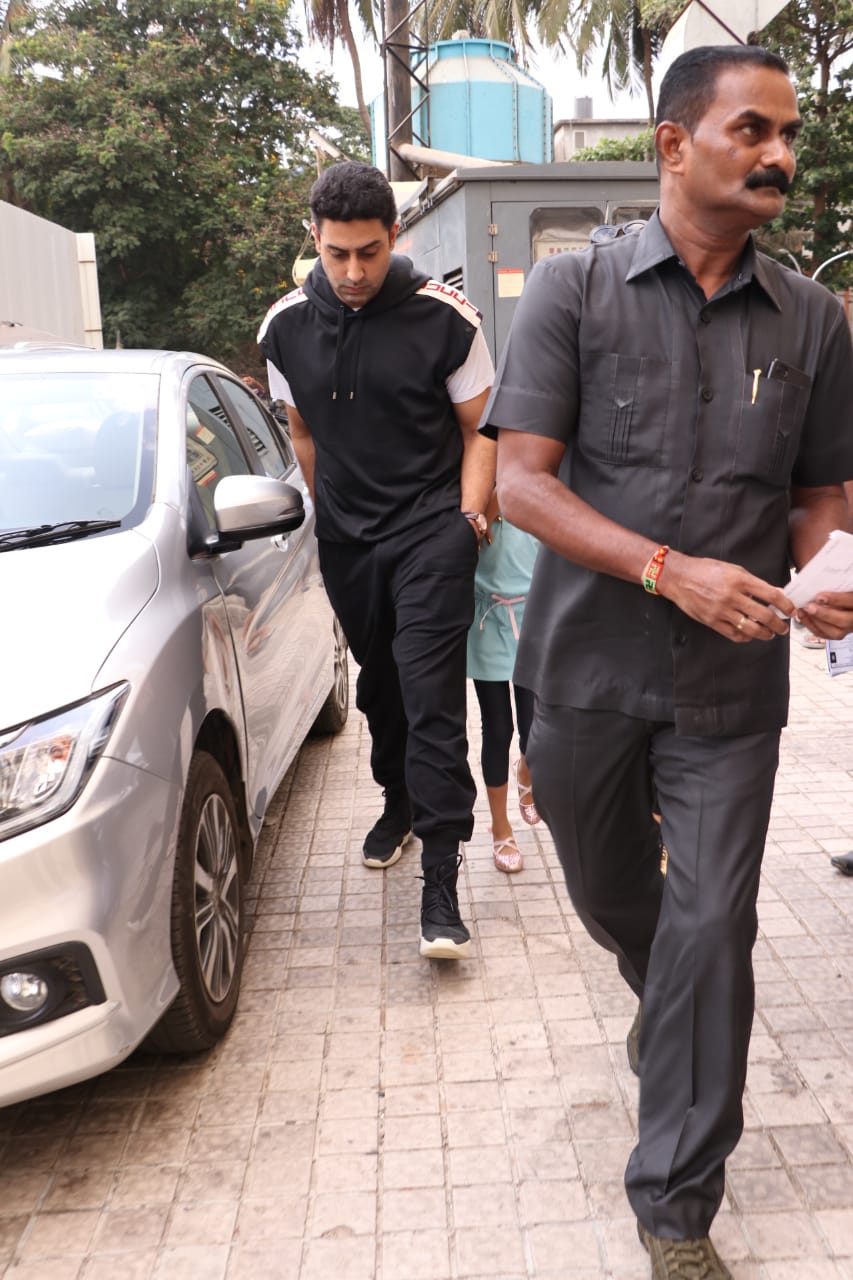 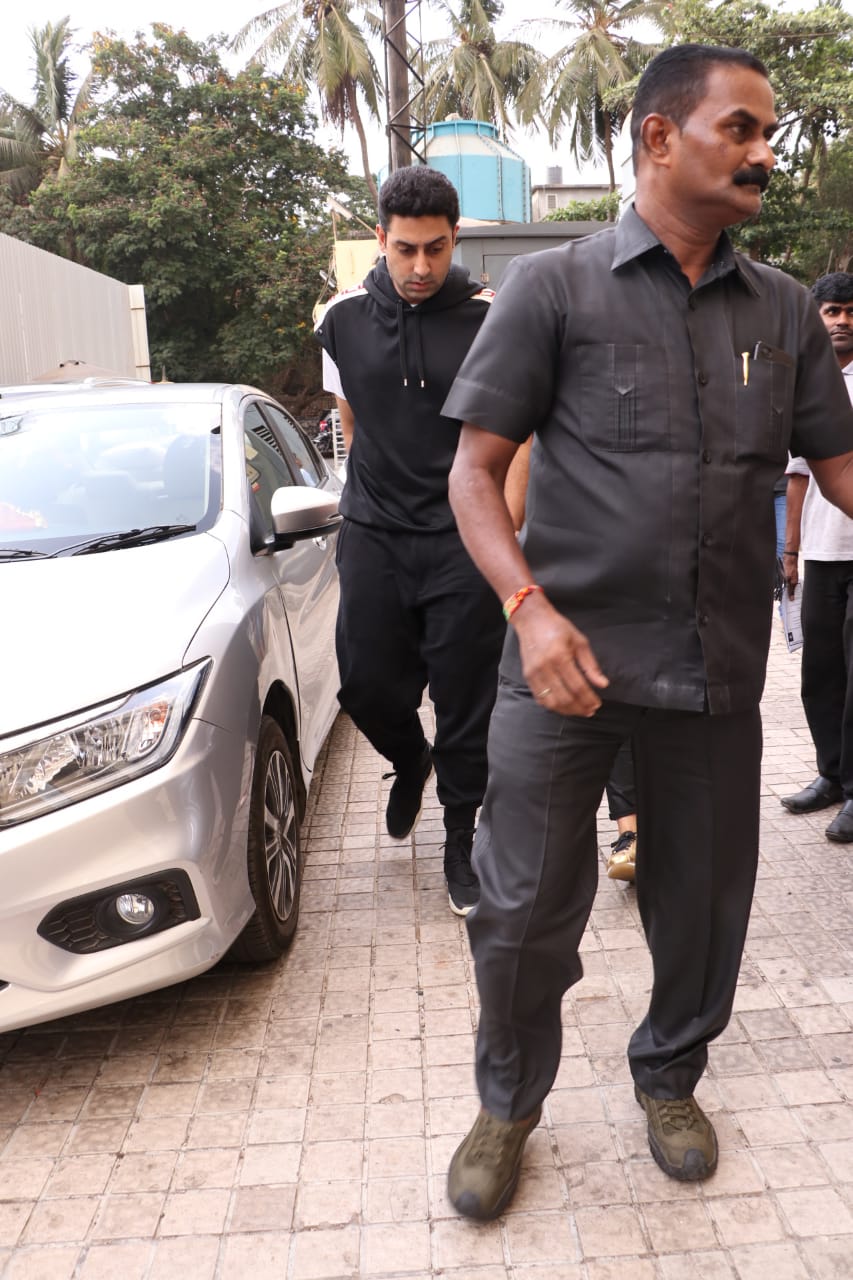 On the professional front, Abhishek was last seen in ‘Manmarziyaan’. The actor has teamed up with Anurag Basu for his next film. 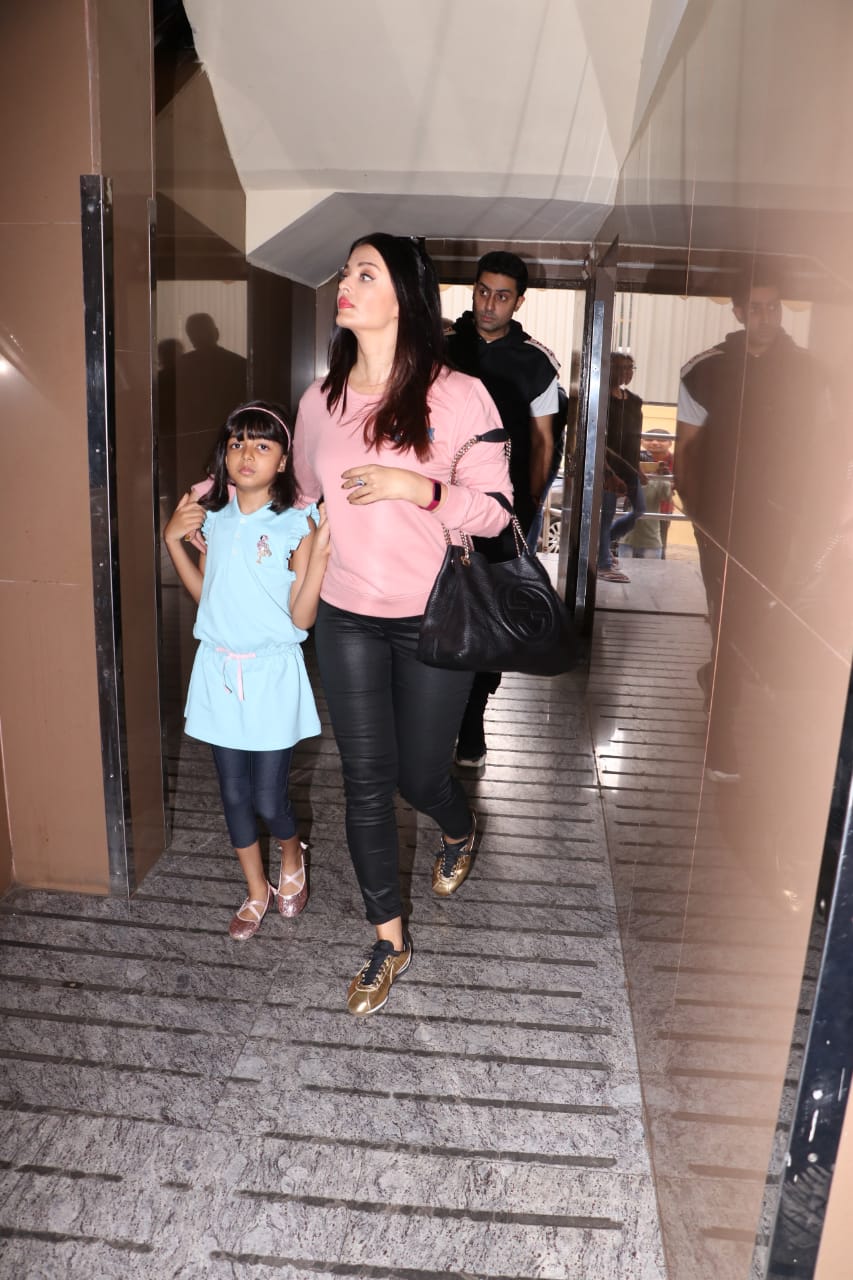 Abhishek and Aishwarya celebrated their twelfth wedding anniversary on April 20, 2019. The couple enjoyed a dreamy vacation along with their daughter in Maldives. 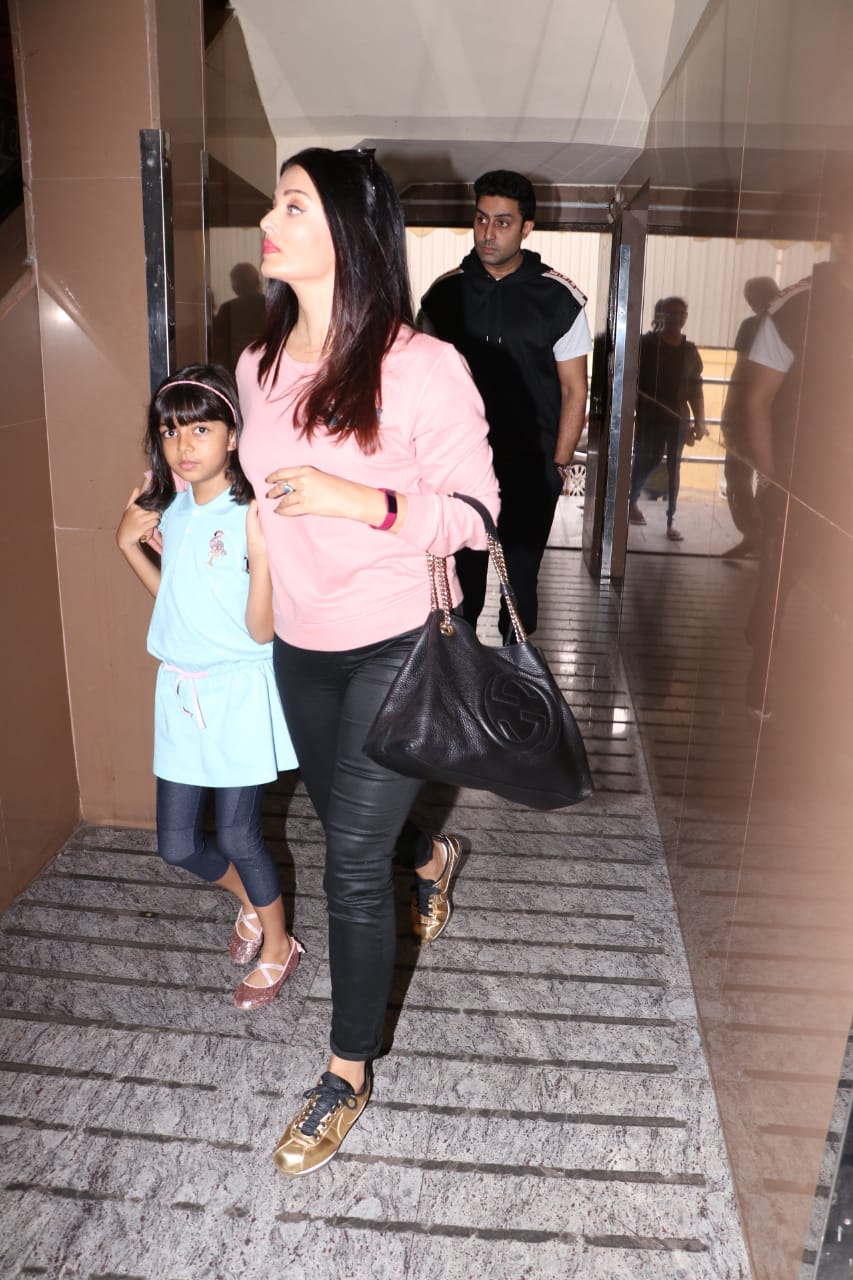 Talking about Aishwarya, the former Miss World will play a negative role in her next film. The period drama will be directed by Mani Ratnam. (All PICS Credit- Manav Manglani)