Daughter of Salman Khan's elder sister Alvira Khan and Atul Agnihotri, Alizeh is the eldest of the grandchildren in the Khan household.

By: Aashu Mishra
Updated: 20 Feb 2019 12:31 PM
Beauty definitely runs in the Khan family and their generations and the latest member from the Khandaan who wowed the internet is none other that Salman Khan's niece Alizeh Agnihotri, daughter of producer Atul Agnihotri and Alvira Khan.

The star kid has been preparing herself for a grand Bollywood debut, meanwhile she is busy wowing on social media as she recently turned model for her aunt Seema Khan’s Bridal couture line. Seema is Sohail Khan’s wife and a celebrity fashion designer in Mumbai. 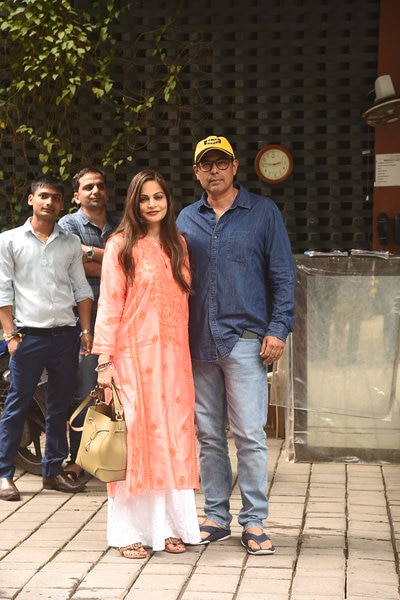 She took to her social media account to share a picture of Alizeh dressed in one of her bridal designs. Alizeh wore a shimmery lehenga by Seema and posed like she owns it.

The photograph gives us a glimpse that she is definitely a star-in-the-making and might prove to be a threat to her counterparts like Janhvi Kapoor, Sara Ali Khan and Ananya Panday.

Alizeh has been taking acting lessons for the last few months and has actively been working out to be in great shape and we won’t be surprised if her journey starts at the top!

Daughter of Salman Khan's elder sister Alvira Khan and Atul Agnihotri, Alizeh  is the eldest of the grandchildren in the Khan household. The family is making sure that she is groomed well before she gets launched.