After Surveen, Anil Kapoor OPENS UP on his li

By: admin
Updated: 14 Jul 2016 09:10 AM
Anil Kapoor and Surveen Chawla grabbed all the eyeballs because of their sensational on-screen kiss in Indian TV series '24' season 2. While, Surveen was nervous shooting the scene, Anil Kapoor has his own take on the scene. In a recent interview given, Anil Kapoor talked at length about the upcoming season of his hit series and the most talked about 'Liplock' Scene. 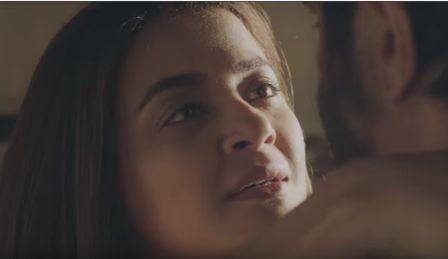 Anil Kapoor said, “I am playing a father in ’24’ as well. I have a grown-up son and daughter in the show. In its second season, you will see a major conflict between me and my son. The scenes have come out really well. In fact, I don’t mind playing a grandfather as long as my role is great.”

The second season of “24” is getting all the buzz, especially for the kissing scene between him and his co-star Surveen Chawla. The actor gave a perfect response. He said, “You are playing a character. It’s just a job. I don’t get nervous. I think we were convinced about it and the channel (Colors) gave us the freedom to do it. So we did it.” (Click here for the Kissing Scene)

Talking more about the second season of the upcoming finite TV series “24”, Anil said: “Shabana Azmi and Ronit Roy have done cameos. That’s one of my favourite episodes. Shabana was there in the earlier season also. She plays Abhilasha. She has moved up in the ranking and Ronit is also there. They both are from national security department.”