A Day After BABY's BIRTH, Actress Amy Jackson's Friends Visit Her At The Hospital To Meet NEWBORN!

The actor took to Instagram stories to post a boomerang featuring the little one and it is beyond adorable. The post shows the baby boy lying all dressed up in white clothes and moving his tiny hands and legs. Amy has also added a caption along with the clip which reads, "Hi World."

She announced the news of her baby's birth by posting a still in which she can be seen holding the baby in her arms as George planted a kiss on her forehead.

Amy captioned the image as, "Our Angel, welcome to the world Andreas." Soon after, her post got bombarded with wishes and blessings for the little one.


Our Angel, welcome to the world Andreas 💙

And today, the actress and her newborn baby had a no of visitors in hospital. Amy shared pics of her friends holding the baby boy while congratulating the new mommy, take a look: 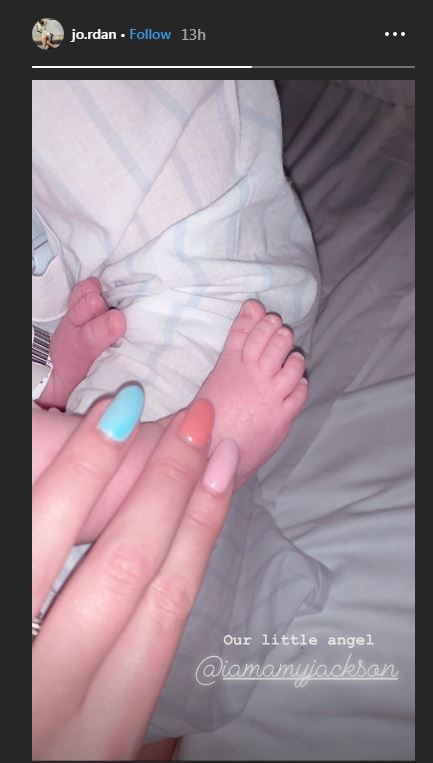 As per media reports, the couple is all set to tie the knot in Greece in 2020.

Amy made her acting debut with 2010 Tamil movie 'Madrasapattinam' and has featured in several Telugu and Kannada films. 'Ekk Deewana Tha', 'Singh Is Bliing', 'Freaky Ali' are some of the Bollywood movies she has starred in.