By: Shruti Srivastava
Updated: 20 Nov 2018 12:57 PM
Anushka Sharma joins the likes of Bollywood biggies like Amitabhh Bachchan, Shah Rukh Khan, Kareena Kapoor Khan, Madhuri Dixit,  Aishwarya Rai Bachchan & others and gets immortalized in wax as her wax figure is just unveiled in Singapore Madame Tussauds museum just a while ago. Husband Virat Kohli already has one that was launched this year itself in June. Anushka had left for Singapore recently for the unveiling of her statue and finally the first pictures and videos from the event have surfaced.

Anushka clad in a black outfit looked thrilled and happy as she posed along with her figure that's striking a selfie-taking pose. Anushka's figure sports a silver grey one-shoulder gown with blinding bling and feathers at the hem and hair tied at the back with a middle parting. 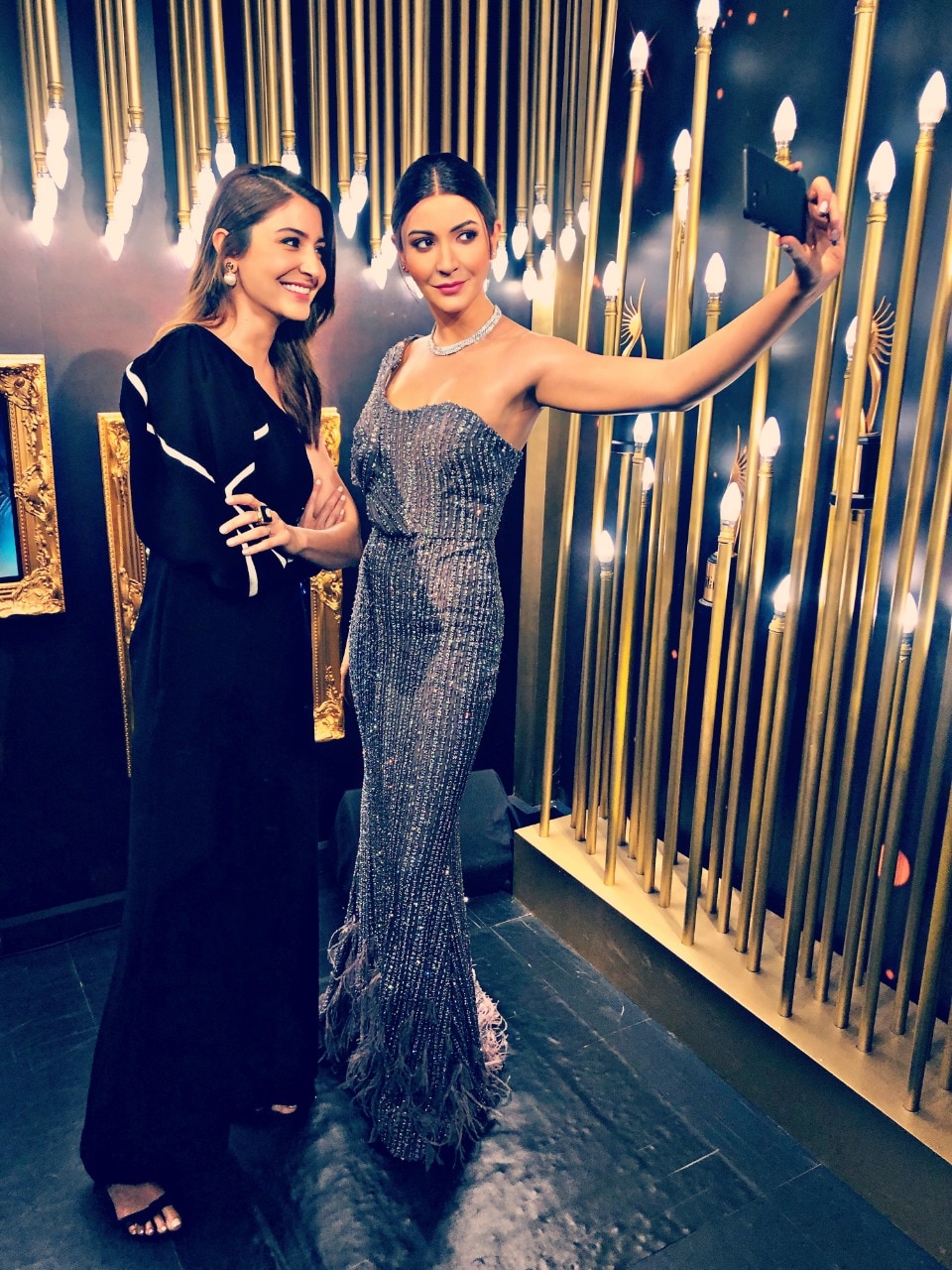 The unveiling was done with a bhangra performance on Anushka's 'Band Baja Baraat' song.

Anushka's life-like figure holds a phone personally inviting visitors to click a selfie with her, which can be digitally shared with friends and family. Also, it is the first ever interactive wax figure at Madame Tussauds in Singapore.

Here, take a look at the first pictures and videos from Singapore and do tell us in the comments section below, how did you find it!

[swipe left in post below to view all pics!]