Giorgia Andriani was earlier speculated to make her debut with Salman Khan's 'Dabangg 3' but she denied them.

By: PTI
Updated: 19 Aug 2019 02:04 PM
Mumbai: Actor Arbaaz Khan's girlfriend Giorgia Andriani is making her film debut with 'Sridevi Bungalow'. The film features Priya Prakash Varrier in the lead role, while Arbaaz will be seen in a guest appearance portraying the part of a Bollywood actor. Arbaaz was earlier married to Malaika Arora but the duo announced their separation in 2016 and got officially divorced in 2017. Later he started dating Giorgia. "I am very excited to be part of 'Sridevi Bungalow' and I am really looking forward to starting the shoot," Giorgia, who will also be seen in a Tamil web series "Karoline Kamakshi", said in a statement.

The film, directed by Prasanth Mampully, is the story of a successful actor named Sridevi who leads a lonely life.

"Giorgia has just come on board and we are happy that she will be making her debut with our movie," Mambully said.

There were some reports last week which claimed Giorgia would made her debut with Salman Khan starrer 'Dabangg 3' but she denied the reports recently[Details HERE!]. 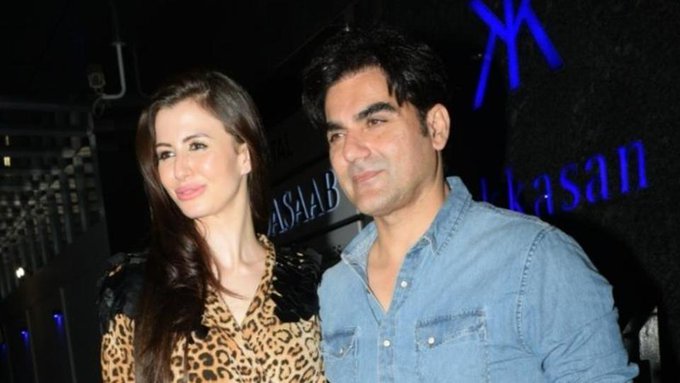 The film is set to release by the end of the year and a formal announcement regarding the same will be made soon.

(With inputs added in PTI)