By: ANI
Updated: 24 Dec 2018 12:48 PM
Seems like rumoured lovebirds Arjun Kapoor and Malaika Arora are not in a mood to hide their relationship from media anymore as the duo was recently spotted at film producer Ritesh Sidhwani's Christmas party.

In the photo, Malaika and Arjun can be seen posing with their friends including Sanjay Kapoor, Anu Dewan, Amrita Arora, Maheep Kapoor and Shakeel Ladak. Seems like the entire gang had a fun-filled night!

Check out some more pictures! 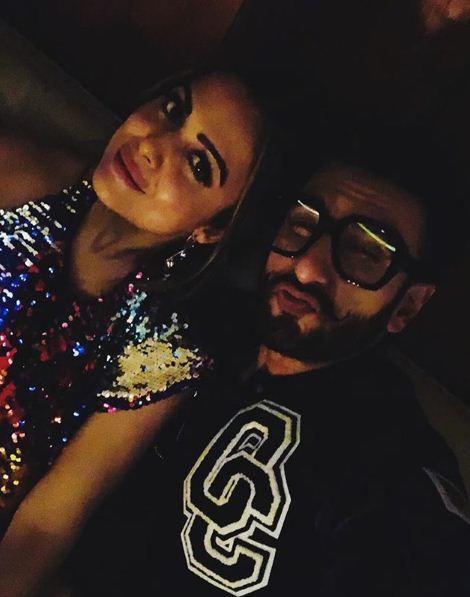 Arjun and Malaika have been in the news due to their rumoured romance. The duo, who initially denied dating each other has been making public appearances together at several events lately.

A month back, the 'Tevar' actor appeared on 'Koffee with Karan' with his sister Janhvi Kapoor where the former didn't shy away from admitting that he is not single. He also opened up about how he wasn't initially ready for settling down but is now open to marriage.

On the work front, Arjun was last seen in 'Namaste England' opposite Parineeti Chopra. The '2 States' actor has three movies in his kitty including 'Sandeep Aur Pinky Faraar', 'India's Most Wanted' and 'Panipat'.