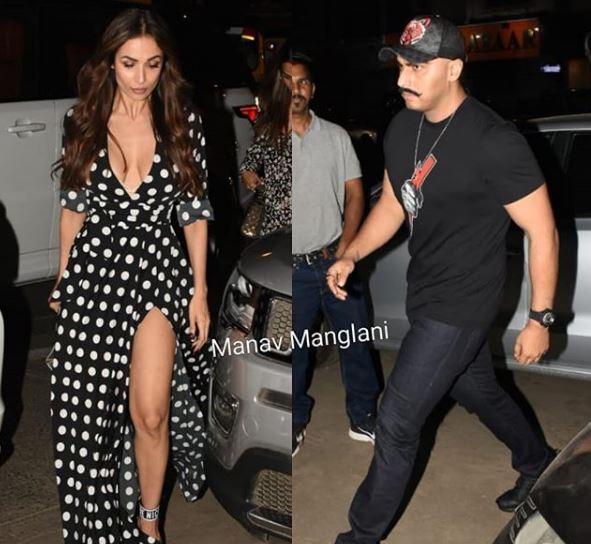 Arjun Kapoor and Malaika Arora’s alleged romance has become the talk of the town. Although, the two Bollywood stars have remained tight-lipped about their relationship, they haven’t shied away from making public appearances together. The two rumoured lovebirds were spotted (separately) going to a restaurant for a dinner date. 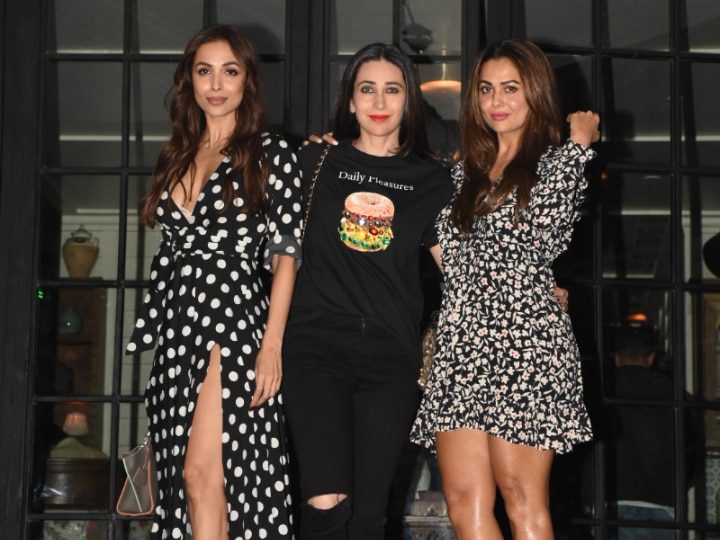 Malaika and Arjun, who twinned in black, were joined by Karisma Kapoor and Amrita Arora. 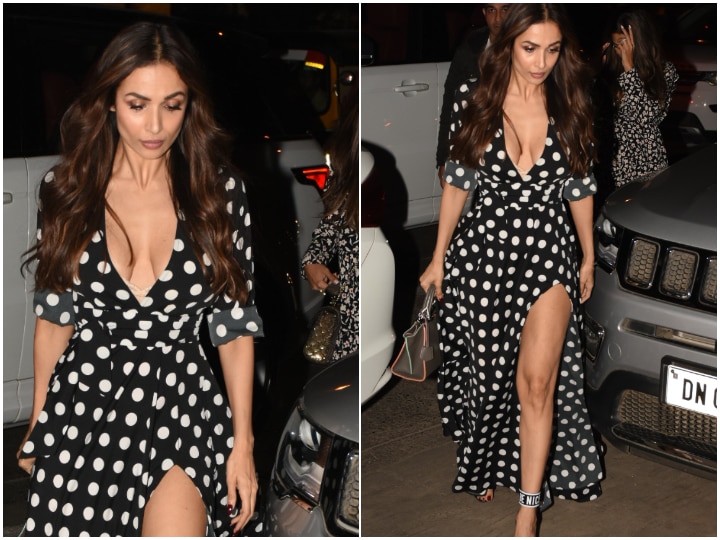 Malaika, who was last seen as a judge on India’s Got Talent 8, looked as pretty in a polka dot, thigh-high slit dress. 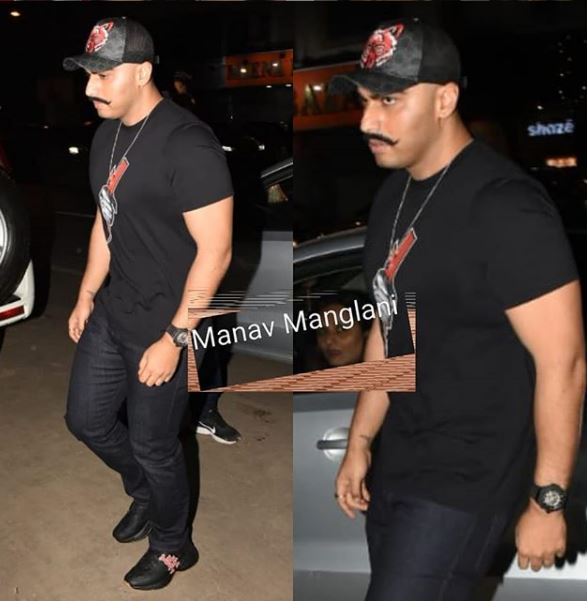 Arjun Kapoor, who is currently busy shooting for his film ‘Panipat’, was seen in a black t-shirt. Malaika Arora, Karisma Kapoor and Amrita Arora were all smiles while posing for the shutterbugs. 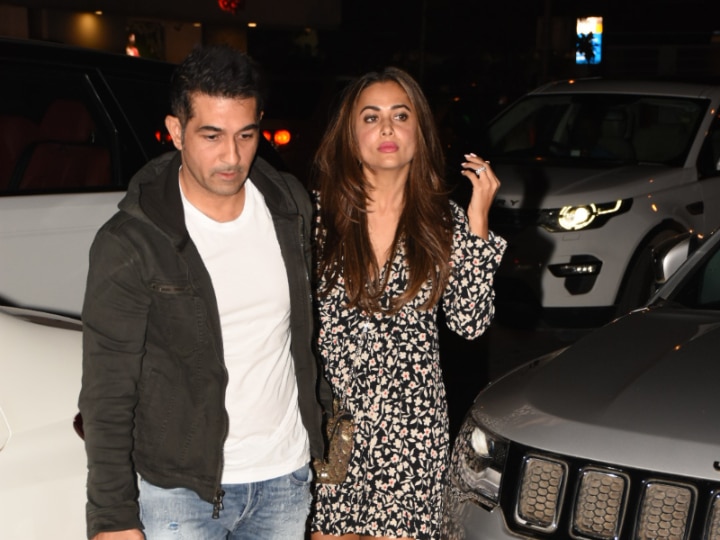 Amrita Arora was accompanied by her husband Shakeel Ladak for the dinner. 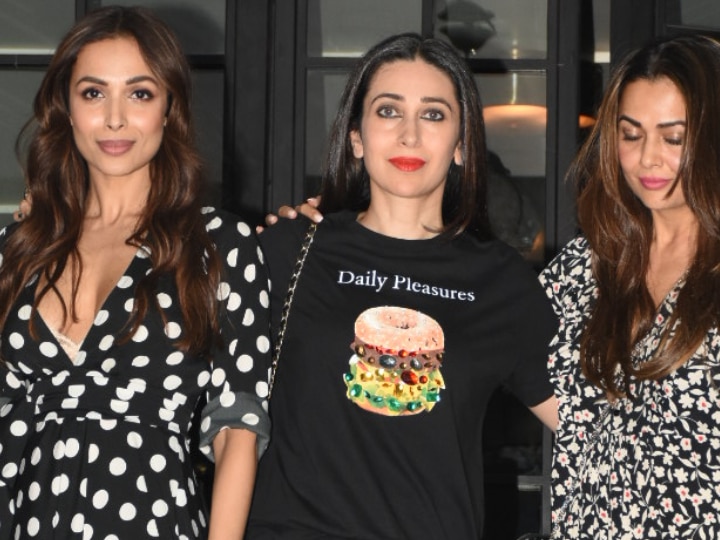 Karisma, Malaika and Amrita along with Arjun were spotted leaving Karan Johar’s place after attending a house party hosted by the ‘Dhadak’ producer. 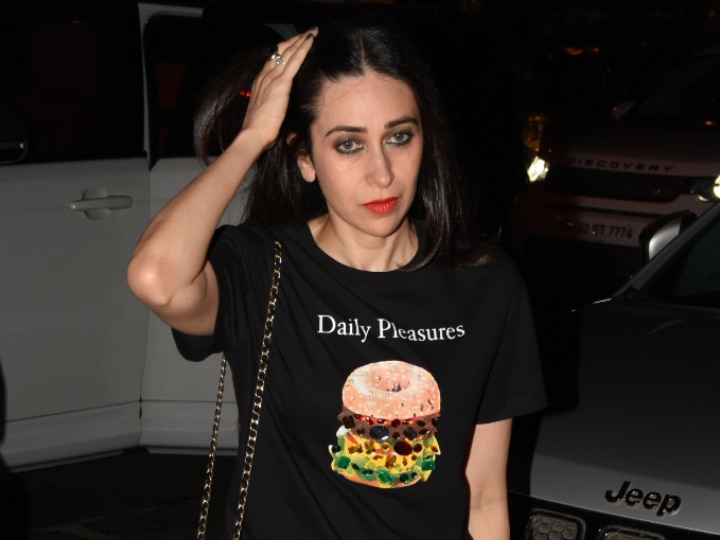 Karisma Kapoor looked cool in her chic avatar and it was her t-shirt which got our attention. (All PICS Credit- Manav Manglani)