The film is a sequel to 2016 film "Baaghi" and also stars Manoj Bajpayee, Randeep Hooda, Prateik Babbar and Deepak Dobriyal.

The film has achieved a milestone by becoming the highest opener of 2018 followed by the highest Good Friday opener ever, the makers said in a release. 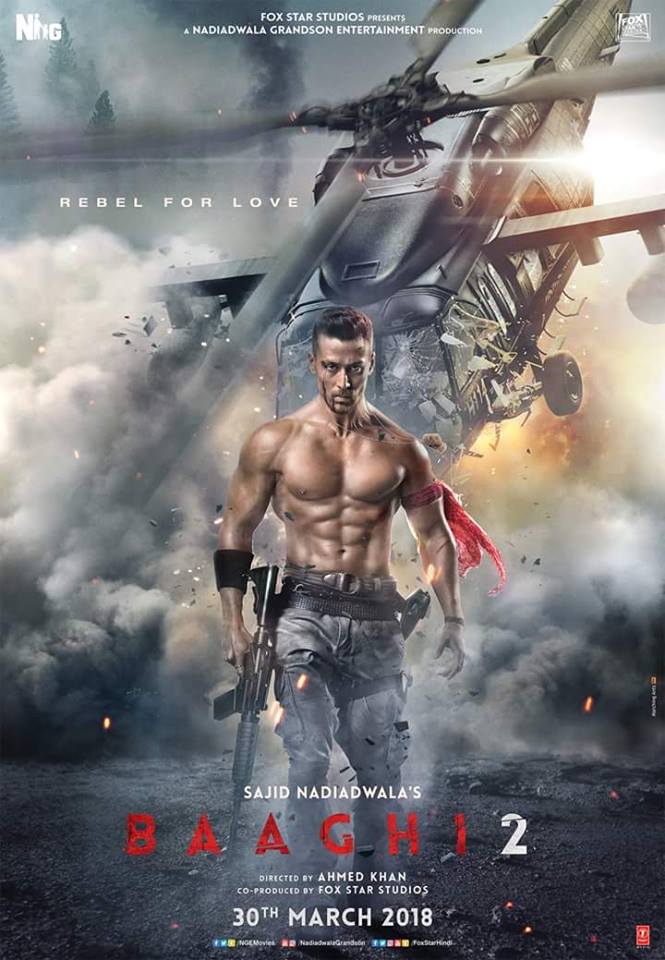 Directed by Ahmed Khan, the film has been produced by Fox Star Studios and Sajid Nadiadwala under the banner name Nadiadwala Grandson Entertainment.

Take a bow @iTIGERSHROFF ????
Bollywood can proudly announce that we have our very own Tony Jaa in the industry. Your action is a force to be reckoned with ????????#Baaghi2 pic.twitter.com/aLTBBllqq5

Check out 'Baaghi' 2 trailer which is filled with actions and performance: