By: Team Fm
Updated: 05 Apr 2018 11:25 AM
Ahead of the verdict in the blackbuck poaching case, the latest update is that Bollywood superstar Salman Khan has just reached the Jodhpur court. After him, his 'Hum Saath Saath Hai' co-stars Saif Ali Khan, actress Neelam with hubby Samir Soni, Tabu, Sonali Bendre with hubby Goldie Behl have also reached the court for the final verdict in the case. 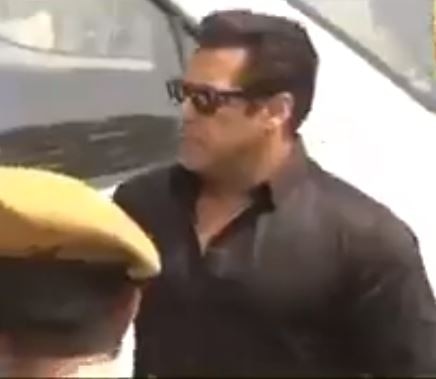 Heavy police security has been deployed outside Jodhpur court ahead of verdict in Blackbuck poaching case.

The actor is accused of killing two blackbucks in the Kankani village near Jodhpur in 1998 during the shooting of the film 'Hum Saath Saath Hain'.

The other actors involved in this case are, Saif Ali Khan, Sonali Bendre, Neelam and Tabu. They have been charged under the Wildlife Protection Act, 1972.