The film, which is inspired by the heinous 2014 Badaun rape incident where two teenage girls were gang-raped and murdered, has reportedly earned the ire of members of the community.

By: ANI
Updated: 28 Jun 2019 04:34 PM
Bhopal (Madhya Pradesh)/ Nagpur (Maharashtra): Filmmaker Anubhav Sinha's 'Article 15' which released today is facing flak from members of Brahmin outfits in different parts of the country. The film, which is inspired by the heinous 2014 Badaun rape incident where two teenage girls were gang-raped and murdered, has reportedly earned the ire of members of the community, who say the story has been made with the intention to defame the community, according to the media reports.

"We the members of Akhil Bhartiya Brahmin Samaj are protesting against this film 'Article 15' from last 15 days. The director of the film says a movie is made to showcase malpractices of the society, which is true, but such movies should be made on true incidents. This film is made on the claims that it is based on Badaun gang-rape incident but the truth is none of the members of the Brahmin community was involved in that incident. In this film the makers have portrayed our community as the cruel and aggressive group who oppresses the Dalit community, because of which Brahmin Samaj is displeased," said one of the members of the Akhil Bhartiya Brahmin Samaj. 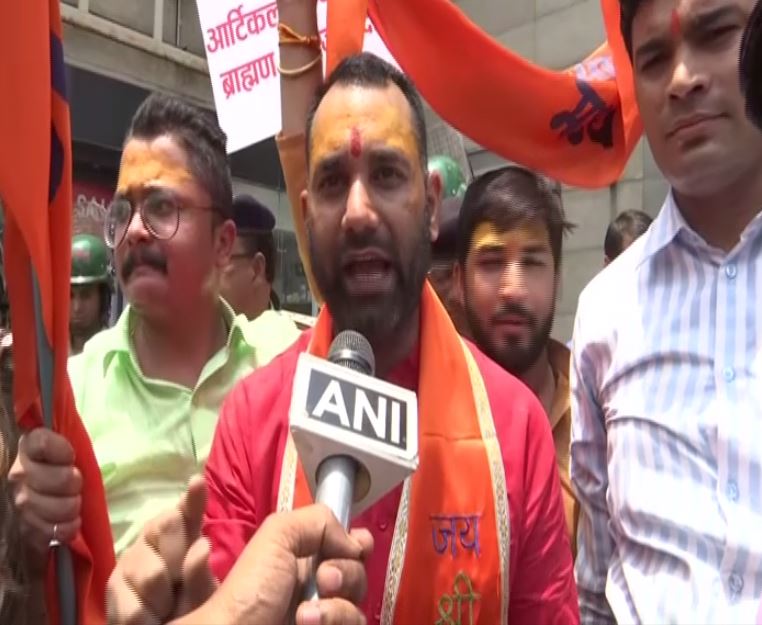