By: Shruti Srivastava
Updated: 23 Aug 2019 09:13 PM
Friday morning came with a very endearing news that actor-music director Himesh Reshammiya has roped in the lady for his next song who became an Internet sensation overnight with her rendition of Lata Mangeshkar's old classic 'Ek Pyaar Ka Nagma Hai' in a video that was shot at Ranaghat railway station of West Bengal few weeks ago. Lady from Kolkata named Ranu Mondal stayed in the headlines for days to follow making it also to the national channels and leaving everyone mesmerized with her singing. Renu also underwent a complete makeover[See PICS!] after her viral video took nation by storm. Himesh  Reshammiya shared a video on Instagram late Thursday night from the studio in which Renu can be seen recording for his song 'Teri Meri Kahaani' for upcoming film 'Happy Hardy and Heer'. And as Ranu steps into playback singing making her debut into Bollywood, the fans as well as many Bollywood celebrities including singers have turned up to praise Himesh for giving the lady this golden chance.

Himesh captioned the video- "Recorded teri meri kahani my new song from happy hardy and heer with the very talented ranu mondal who has a divine voice , all your our dreams can come true if we have the courage to peruse them , a positive attitude can really make dreams come true , thanks for all your love and support".


Recorded teri meri kahani my new song from happy hardy and heer with the very talented ranu mondal who has a divine voice , all your our dreams can come true if we have the courage to peruse them , a positive attitude can really make dreams come true , thanks for all your love and support

Soon after the video was uploaded, it has gone viral and viewed over 3 lakh times in past 20 hours. Ranu Mondal also made it to the stage of 'Superstar Singer' which is hosted by Jay Bhanushali and judged by Alka Yagnik, Javed Ali, Himesh Reshammiya. 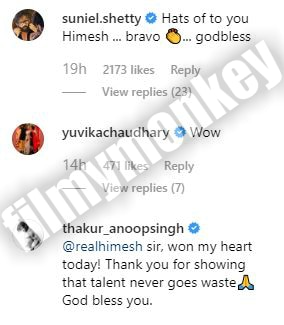 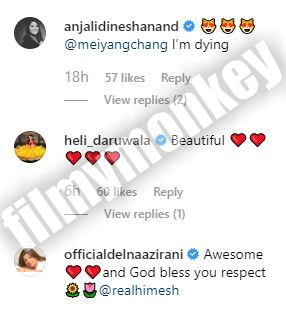 Actor & ex 'Bigg Boss 10' contestant Rahul Dev- Moments such as this touch us with happiness. Kudos to you for providing #RanoMonda a platform for her expression.. magical indeed. 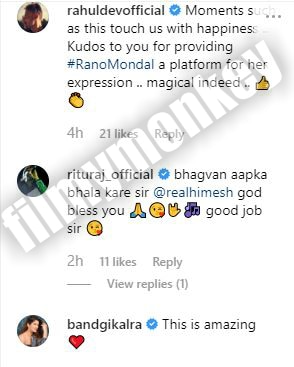 'Nikaah' fame singer Salma Agha- God bless u Himesh for this noble act.. its a beautiful song and will reach millions. Beautiful. 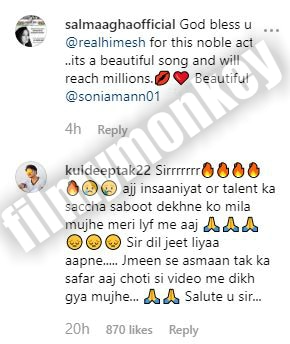 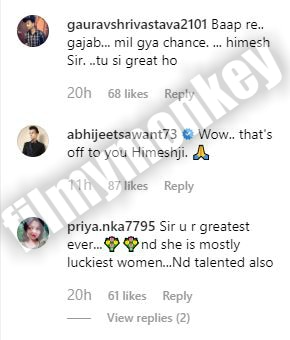 Ranu Mondal is the residence of West Bengal's Nadia district and after her divine singing made hearts melt, she is being referred to as 'Lata of Ranaghat'.

Here's her singing video that made her  a star overnight.

Filmymonkey wishes Ranu all the best for her future projects.